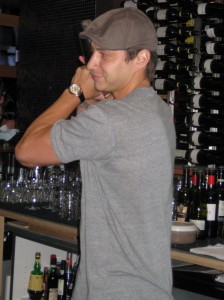 Josh Pape - The Diamond in Vancouver

Josh Pape is one of the Bartenders and Co-Owners of The Diamond in Gastown. On August 17th he competed in the Mixologist Competition held at The Refinery. He created his featured drink in advance but named it impromptu in front of the judges.