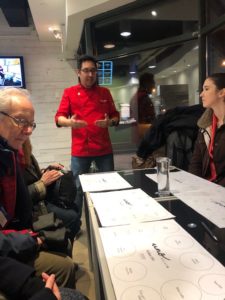 I participated in this class recently at the Uno Gelato production cafe in Kitsilano, this is where Maestro Andres Bermudez Laverde taught the gelato class that Lawrence and I participated in. 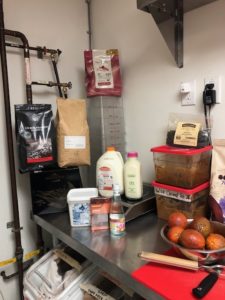 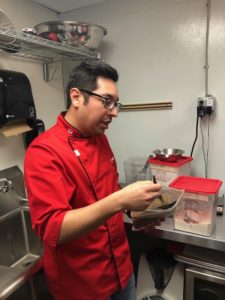 Andres went thru the ingredients and showed the class the process of the making of the gelato and sorbetto.

He talked about What four primary ingredients; milk, cream, sugar and skim-milk powder — blended with flavours that are usually fresh ingredients and a lot less air is in the product. They use locally-sourced Avalon organic milk and cream; organic skim-milk powder for structure; organic cane sugar from Brazil or Colombia, and then dextrose, which add both sweetness and viscosity, which aids in the freezing process to keep it from getting icy. 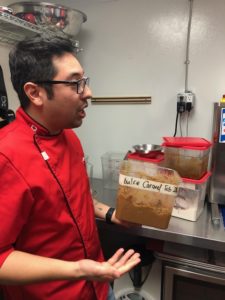 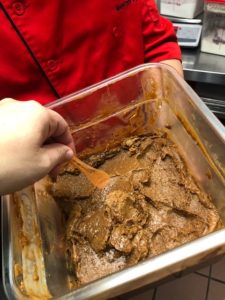 He then told us about their post popular flavour which is the Salted Caramel and they make their own Dulce de Leche caramel for this gelato; we then had a chance to taste this. 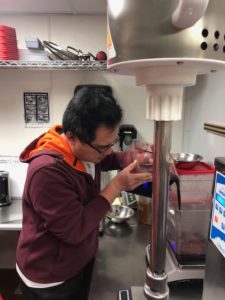 Andres took us through the process of making two different flavours, the first one being the Blood Orange Sorbetto. Each of us participated with different rolls, here Lawrence is pouring the blood orange juice in to the container for weighing on the scale. 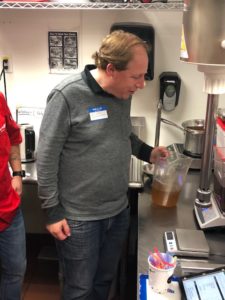 I then assisted pouring the sugar mixture into the juice. 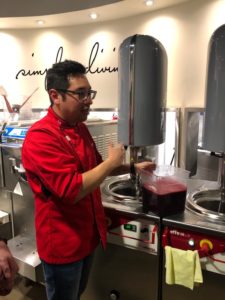 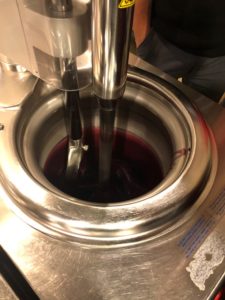 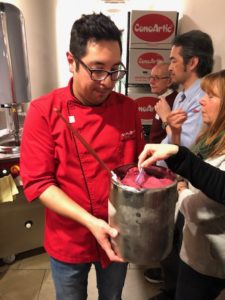 We then went on to pour the juice mixture into the mixer freezer where it turned into sorbetto, and we each had a taste of it when it was finished.

The other flavour that the class made that day was Whiskey Chocolate, Andres told us about alcohol freezes; here we all assisted in the making of this flavour as well. 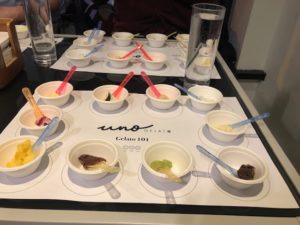 While the second flavour was in the freezing process, we were all seated and were then guided through a tasting of many of their gelato and sorbetto flavours. 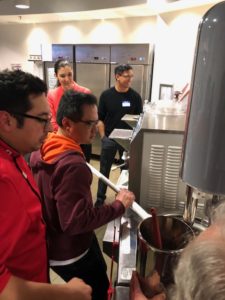 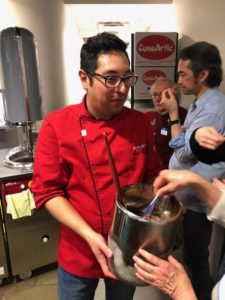 Lawrence assisted in the finishing process of the Whiskey Chocolate before we all had a chance to taste the finished product. 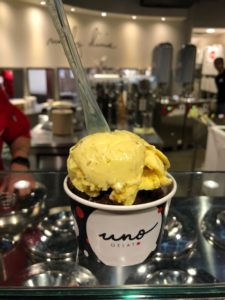 We then were able to choose which flavour we wanted to try in a cup or cone. I went with a mixed cup of 2 flavours, the Akbar Mashti on top of the Dark Chocolate.

Each person took 1 pint home at the end of the class, I chose the Blood Orange Sorbetto, others chose the Whiskey Chocolate.

Uno Gelato‘s Gelato 101 course offers gelato fans a chance to get behind the scenes and see how it’s made; the classes are offered in the off season months generally October through to April at their Kitsilano store at 2579 W. Broadway in Vancouver.  Each class is $52.50 per person, you can follow Uno Gelato on instagram @unogelato.yvr and Maestro Andres @andres.il.gelatiere