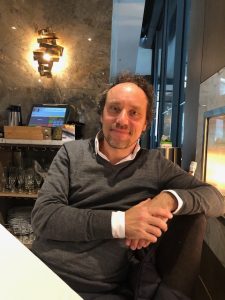 For my Seventy Fifth brunch in this series, I was joined by Otto Tausk who is the conductor of the Vancouver Symphony Orchestra over brunch at Glowbal Restaurant in Downtown Vancouver.

Between 2004 – 2007 he was Assistant Conductor to Valery Gergiev with the Rotterdam Philharmonic. Presented ‘de Olifant’ prize by the City of Haarlem. He received this prestigious award for his contribution to the Arts in the Netherlands, in particular his extensive work with Holland Symfonia serving as Music Director 2007 to 2012.

During the 2018/2019 season he began with his London concert debut at the BBC Proms, conducting BBC National Orchestra of Wales in Richard Strauss’ Ein Heldenleben. In Vancouver programs with soloists such as James Ehnes, Renee Fleming, the Jussen Brothers and Itzhak Perlman.

Returning to the Dutch National Opera in spring 2019 with the world premiere Curuso in Cuba by fellow Dutchman Micha Hamel.

I used to be a violinist, I was playing in an orchestra, one day the conductor was ill and I stepped in and conducted, since then that was all I wanted to do. I was living in the Netherlands, but I went to Lithuania, to the city called Vilnius to study with a great opera conductor. After my studies in Lithuania, I became the assistant conductor to one the biggest conductors of our time and worked with Gergiev back in the Netherlands. From that moment on it was a big, big exciting journey.

The most challenging and most rewarding at the same time is when you dare to let go and trust everybody. I think very often orchestras can do a fantastic job without the orchestra and we as conductors feel we need to be there all the time.

I don’t listen to music, I find listening to music influences the way I think about my works. My boys are into pop music and that is what I have to listen to at home. I do like listening to talk radio and podcasts.

Clarinet – because the clarinet can make the most beautiful colours in the whole orchestra, can be soft or loud, I just love the clarinet.

(side note Tasmania had the best sushi I had ever had, I was sitting in the harbour and I saw the fisherman bring the fish right into the restaurant and make the sushi) 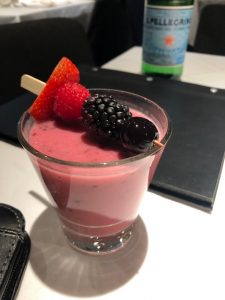 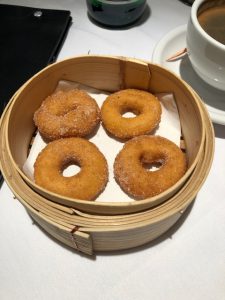 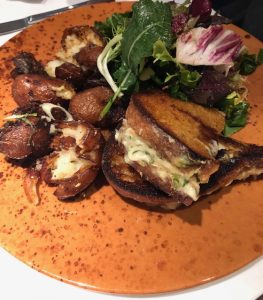 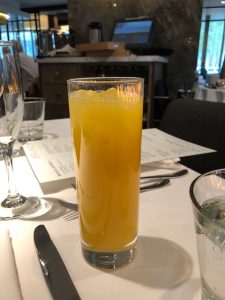 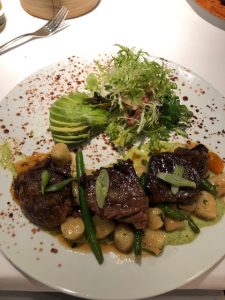 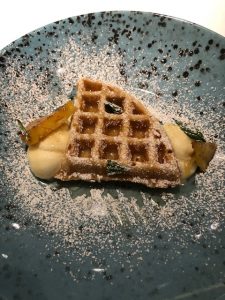 Both Otto and Richard were served a complimentary Berry smoothie along with a basket of Mini Donuts to start the meal, Otto then had the Lobster Grilled Cheese which came with roasted smashed potatoes and salad, and a Coffee, while Richard had an Orange Juice and the Shortrib beef hash with avocado; and each enjoyed one of the house waffles.

In Vancouver it was ShuRaku on Granville before they closed.

Take family to our little cabin by the Dutch ocean and enjoy our time together.

No, I am a convinced non-specialist. I like to experience music from old to tomorrow. I just performed a completely new opera, and we have done some new symphonies for all ages, I need to have clarity so all the notes make sense, and the clarity has to be combined with something that reaches you.

We are talking, presenting ourselves outside of Vancouver is a wonderful thing and very important. Bringing this orchestra to the world is important and makes the connection to Vancouver. It should be a starting point for people not an ending point in the world, Vancouver is a destination city, but the rest of the world should meet people from Vancouver outside of the city. I think the orchestra is something the city can be proud of.

Not my parents, but my grandparents originated from Vienna, and they were pianists.

My parents loved to listen to music but were not musicians themselves.

Last week, I was in Amsterdam at the Concertgebouw

After I leave Vancouver I will be heading back home for a little holiday with my family, then I will be going to Spain.

Can you give our readers an idea of what a busy month can be like for you when traveling?

Back in September I did so much travelling that I went around the world almost twice within one month time. I was working in Australia, Canada, Europe and the USA, travelling is part of the business and I have to do it.

Why did you rearrange the Orchestra here in Vancouver?

I like to move the sections around depending on the repertoire and it is the best way to set up the orchestra. It is good to change as it makes people aware of what they are hearing and what they aren’t hearing. The composer writes his piece with a certain type of orchestra setup in mind, I’m in favour of experimenting with that, because I think it should be a live art form not something that is always the same. People notice the changes which is good.

What are your favourite composers?

Every composer is my favourite when I am conducting that composers music.

Do you have a favourite Symphony?

What is your favourite Concerto?

Where is your home base?

Who are some of your favourite conductors?

Who has been your greatest influence on your conducting?

I have a management agency in London that plans my schedule outside of the VSO, it is all done in good communication. With the VSO I am the Music Director, which means I am committed here as my main occupation, so my main work is here in Vancouver and everything else is extra but it is important work that I need to do. I also think working with other orchestras helps me with working with the Vancouver Symphony Orchestra. Vancouver always comes first when planning.

Besides Vancouver where else are your working now?

I am a guest conductor with many orchestras in the USA, Europe and Australia. I do guesting weeks with the other orchestras.

How far in advance do you plan your season?

We are already planning the season after the next season.

What are the digital series that I saw in the upcoming brochure for the 2019/20 season?

We have a selection of concerts based on film scores where we show the films at the same time as we play the music. We will be featurung a variety of concerts including Harry Potter, Star Wars and Casablanca to name a few.

What is the VSO Afterwork series about?

It is something new that we are doing and it is going to be a shorter program, more casual, open and accessible. I want people to be exposed to the orchestra and the music. These concerts will be at the Orpheum but we are looking for other venues for future seasons.

Around the City in the Honda Insight 2019