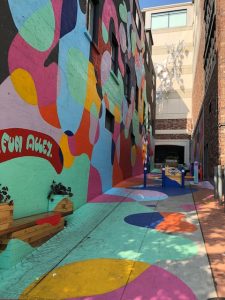 There is a new district in North Vancouver, formerly known as LoLo, this growing area of primarily restaurants is now to be known as the Shipyards District as part of Lower Lonsdale. Within this district is the new Polygon Gallery, Lonsdale Quay Public Market, Pinnacle Pier Hotel and the existing restaurants. A new development is in the works which is scheduled to open in early 2019 that will feature a covered ice skating rink, a new hotel called the Seaside along with several restaurants which include Nook, Welcome Parlour, Caffe Artigiano, Joey Restaurant, to name a few. 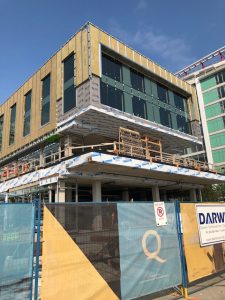 The City of North Vancouver has partnered with Shipyards Development Ltd, a subsidiary of Quay Property Management Corp. (QPM), to develop The Shipyards – Lot 5, bringing the City a significant step closer to delivering a unique, interactive, year-round, activity driven people place that will include an outdoor public skating rink and a water play area. The outdoor public skating rink will be the largest in the Lower Mainland. 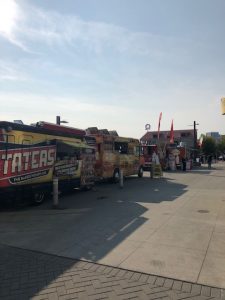 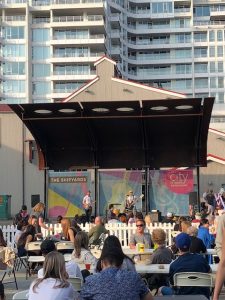 The Shipyards Night Market features one of the largest selection of Food Trucks gathered together every Friday night throughout the Summer months, this popular market has been going for over the past 4 years. They also feature a live concert stage outdoors along with a an open-air beer garden. I made a return visit recently to try some of the new food trucks and vendors food and drink offerings and here is what I had tried and enjoyed. 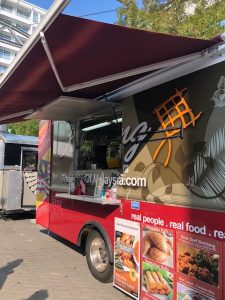 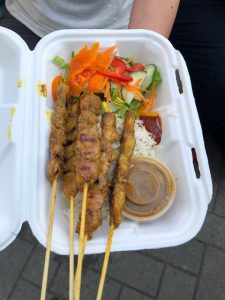 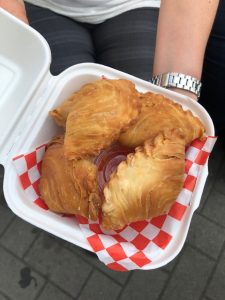 One foodtruck that I had been wanting to try for quite sometime was here when I was visiting, Kampong Malaysian truck specialized in Malaysian cuisine offering up several dishes worth trying; I loved the Chicken satay skewers which was served with rice and salad; as well as the Vegetarian puffs which were filled with tasty vegetables. 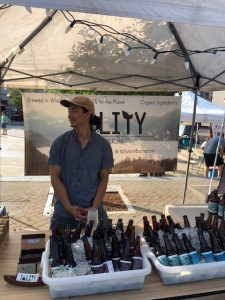 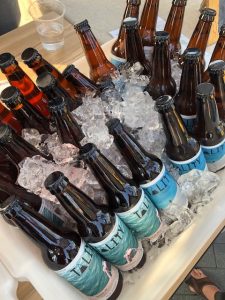 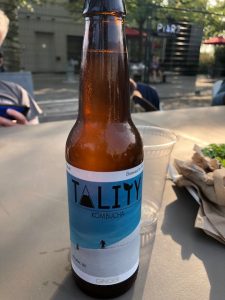 I visited Tality Kombucha for the first time trying a few of their different flavours, loved the Ginger Kombucha which was refreshing and paired well with the Malaysian food. 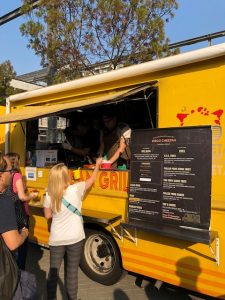 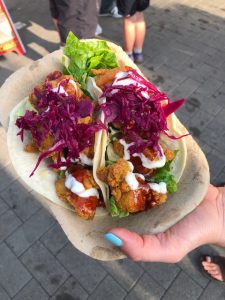 Another popular truck is Disco Cheetah who specializes in Korean fried chicken and other dishes. Here I had the KFC fried chicken tacos. 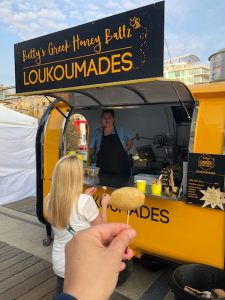 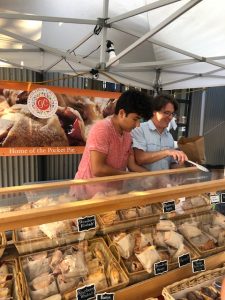 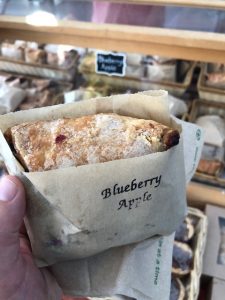 For dessert I visited the Greek Loukamades Truck for a taste of their popular Greek fried donuts and then visited Pocket Pies and had their delicious Blueberry Apple Pie.

Make sure to head over on Friday nights to enjoy some food truck eats before summer ends they are operational until September 28, 2018. By next summer the Shipyards District is going to be fully development with a whole lot more to visit, eat and enjoy.