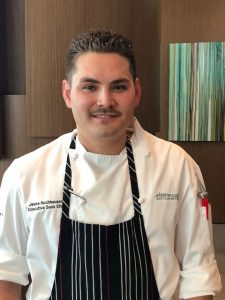 Jesse grew up in Calgary, when he was 17 he got a job as a dishwasher which was his first job in a restaurant. His mother is Japanese and she was born in Canada, her family were farmers and she grew up on a farm. Over the years he then worked at 5 different restaurants in various cooking jobs in Calgary. After high school, he attended Southern Alberta Institute of Technology culinary school for 1 year, followed by 2 years of work experience as a Sous chef at Cannery Row for 1-1/2 – 2 years. He then joined the Calgary Marriott Hotel as Chef de Partie where he ran the garde manger as well as banquets for a few years, in total he was there for 8 years (2007 – 2014). He then transferred to the New Orleans Marriott where he worked for just over a year at a very large property which had 1400 rooms and he over saw 100 cooks, in his role as a Sous Chef. While he was there he also worked at the Charleston, South Carolina Marriott for 1-1/2 months as they needed help. Jesse then saw a job posting for a cooking job in Vancouver which he took and started here in May 2015 at the Vancouver Marriott Downtown as their Executive Sous Chef.

Does Marriott Hotels have any influence on your menu and restaurant?

Yes they have some expectations for sure, you have to have a daily morning breakfast buffet with specific items on it from dairy to fruit to other dishes, and we put a little extra effort into it. We also run the concierge lounge breakfast 7 days a week along with dinners Monday – Friday. A BLT and a burger must be on our menu, the rest is up to us to do as we wish. 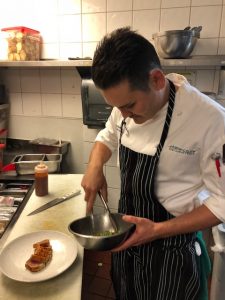 In your role do you do banquets and the restaurant?

Your experience working in the USA at Marriott, how has that influenced your career here?

It helped me manage people, organization and how systems are run. 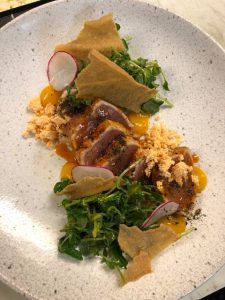 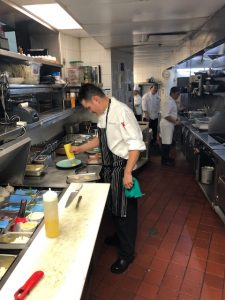 How did Charleston living rub off on your so to speak?

I had a chance to learn about BBQ shacks and BBQ cuisine. I would drive 150 miles to go eat at a specific BBQ sot. I was very interested in BBQ and I went all over Alabama, Georgia and Texas.

Asian from Szechwan to Japanese 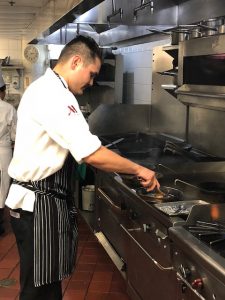 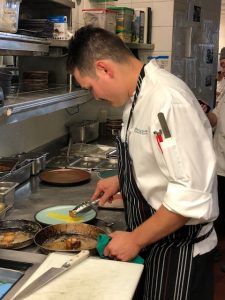 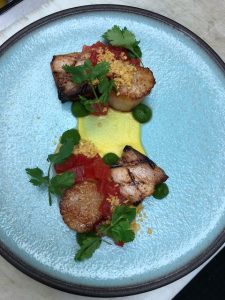 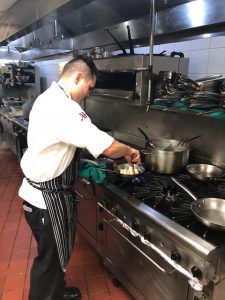 What are you favourite ingredients to cook? 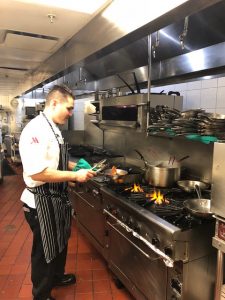 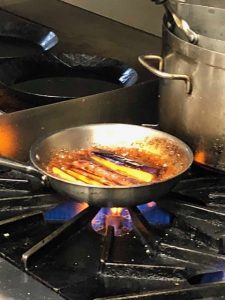 Bbq in the park

Who makes your plates for the restaurant? 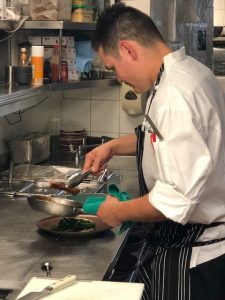 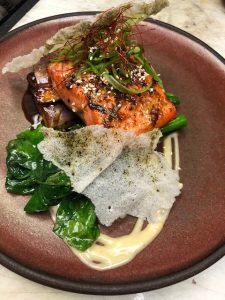 Soy sauce and salmon goes great together, Motoyaki is a great Japanese technique, rich and light, gai lan is one of my favourite green vegetables, love the oriental flavours. 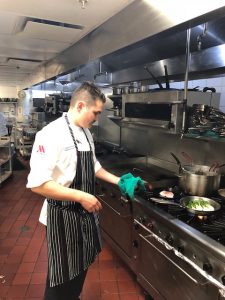 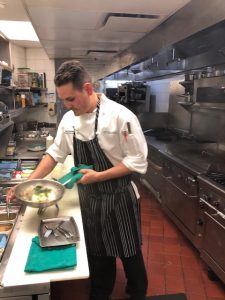 Tell me about your wife’s background

We have been married for 9 years, she was born in Seoul where her mom owned a restaurant.

Do you make anything Korean?

I make my own Kimchi at home.

What kind of Kimchi?

Is their anything Korean that has influenced your career?

My wife and the trips we have made together to Korea has influenced me and my career certainly. I also love working BBQ on a charcoal grill. 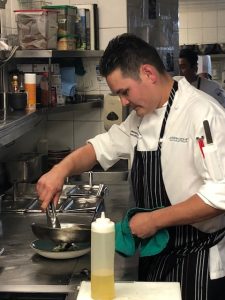 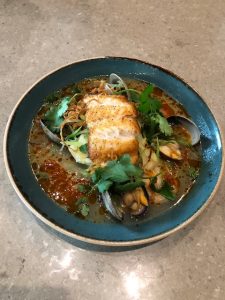 Low carb, travels to Vietnam and Thailand this past year. Fresh pho flavoured broth, green papaya acts like a noodle. Oceanwise seafood, crispy onions and chili oil balances all flavours and ends with a hint of lime.