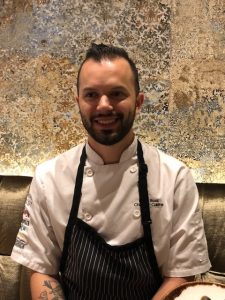 Dario grew up in Montreal, he was studying to go into Law but it wasn’t for him. He told his parents that he wanted to go into cooking not law as his career, some supported his decision including his father who ended up setting him up with a cook position in a large banquet hall. Dario ended up applying to get into culinary school which he eventually did. School was 7am – 4pm; and he then worked cooking at a restaurant down the street from 5pm to midnight where he did that for a year during his 1-1/2 years culinary program. He had a big ego back then, he started not showing up to his culinary classes because he thought he knew it all, normally students would be expelled for that type of behavior but he wasn’t as they knew he had talent. In the end he graduated top of his class, he then found a love for pastry, went on and took the pastry and baking program for another 1-1/2 years. At the same time, he worked at the St James Hotel staging in the kitchen.

During the summer he did a 300 hour stage with Club Med in Florida, he came back and finished school in December. He then went back to Club Med and worked in Turks & Caicos for a season as a baker, this was 2014. He then moved to Toronto as their was an opportunity to join Buonanotte where he worked for 2-1/2 years, starting back in the kitchen as a Sous Chef. After Toronto, he ended up in Ottawa working as a chef at Industria for 9 months running the super Modern Italian restaurant. Some of his friends were planning to move to Vancouver, he then wanted to join. Through a recruiter he ended up getting recruited to the Glowbal Group and they offered him a position at their West Vancouver Italian Kitchen restaurant. He then drove across the country with his friends, and started working for the Glowbal Group a month afterwards. He was quickly moved and promoted to the downtown Vancouver Italian Kitchen restaurant to become their Executive Sous Chef. Then, 7 months ago they moved him to the new Italian Kitchen restaurant on Burrard Street where he is the Chef des Cuisine. 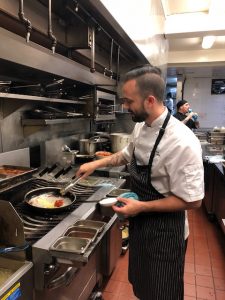 Do you miss not baking in your current chef roll?

If I could have a bread bakery and pasta shop of my own that is my dream. However, it isn’t profitable and that is preventing him from doing it. I know a lot about the pastry aspect and the techniques to do it if I need too.

You have Salt Baked fish here on the Italian Kitchen menu, is their a similarity to your love for baking?

Partially, but bread is what really interests me – bread. 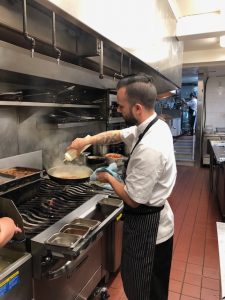 What are your favourite Italian dishes to make?

Linguini Vongole with garlic, clams, and olive oil, simple and so good. 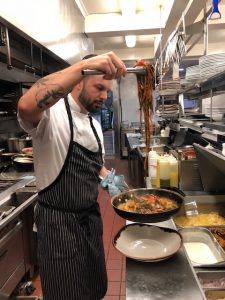 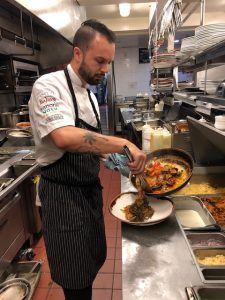 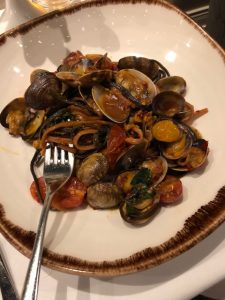 My first chef was crazy about the perfect Linguini Vongole. Since then I have developed my own style and take on it. 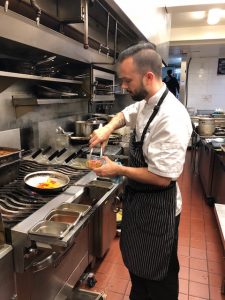 Exploring the area outside of Vancouver 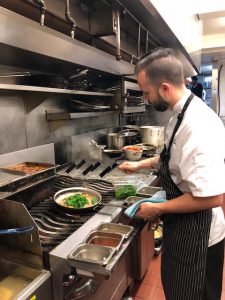 What is Trends Unlimited which I saw listed on your Instagram?

I have always had an interest in tech, I recently started this side project outside of my cooking career opening an online store. I can spend a couple hours doing this work each morning after I get up before going to work in the restaurant kitchen. 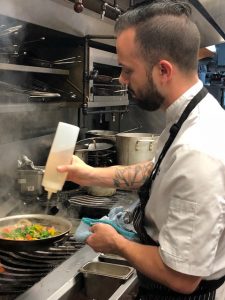 In your role here at Italian Kitchen, are you working with local farmers?

Yes, for produce I work with about 5 farmers. I also work with a fish rep who provides us with local halibut and spot prawns.

What is your favourite beer right now?

My go to is Peroni, but I also love local brewers, Storm Brewing, Yellow Dog and Twin Sails.

Yellowdog Super Sour pale ale and the Carbonnara made with Andjya 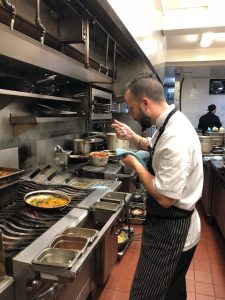 What is your favourite cuisine to eat outside of Italian?

Tell me what makes your style of Linguini Vongole so unique 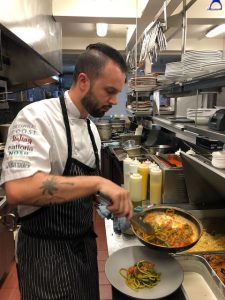 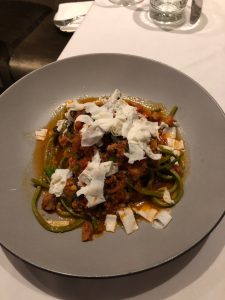 A chef I stayed with a long time had this dish with spaghetti on his menu and this is a kind homage to him. 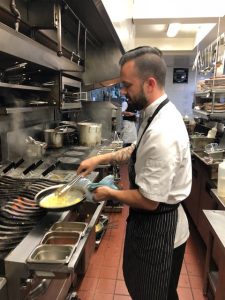 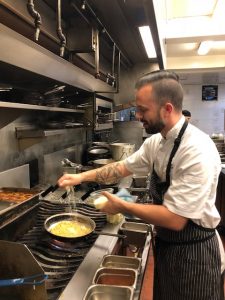 It is a square spaghetti type of noodle and it is made with pesto. 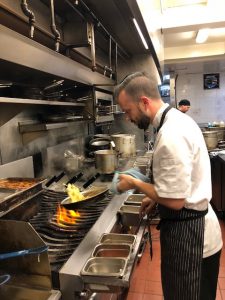 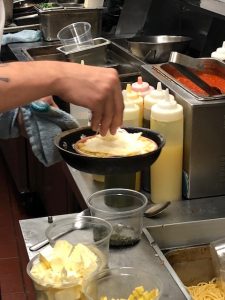 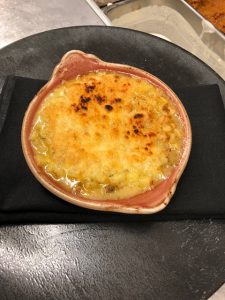 An old Italian chef showed me this recipe and I fell in love ever since. It is different and interesting and a great dish in many forms. I made this one doing my Glowbal Group interview, a different take on a modern risotto.