I attended the Where Vancouver Magazine 22 Annual Where to Dine Awards on April 25, 2018, held at the D/6 Bar and Lounge  at the Douglas Hotel in Parq Vancouver. Prior to the awards ceremony there was a reception featuring delicious eats along with a stunning dessert buffet table. The awards were handed out to local restaurateurs during the afternoon event, hosted by man-about-town Fred Lee. Each year, Where magazine asks readers to name the best places to dine in Vancouver and Whistler, and 22 of the 29 awards were based on readers’ selections. 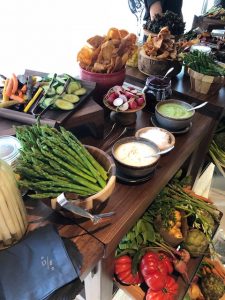 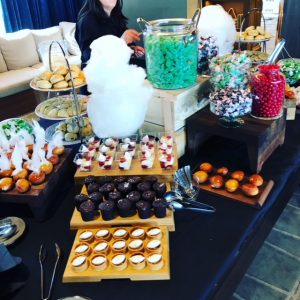 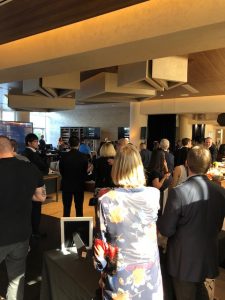 Fanny Bay Oyster Bar received the Sustainable Seafood Award. It is presented to the restaurant that best exemplifies practices of sourcing, serving and promoting sustainable species outlined under the Ocean Wise Program, as determined by the BC Seafood Alliance, Vancouver Aquarium Marine Science Centre and Where Vancouver.

The Leadership Award was presented to Frank Pabst of Blue Water Cafe for the impact he’s had on Vancouver’s dining scene. The Les Dames d’Escoffier Trailblazer Award went to Mary Mackay of Terra Breads to recognize her long-time commitment to excellence.

Where is the world’s largest publisher of visitor magazines. Where Vancouver is published nine times a year, and is distributed in more than 12,000 hotel rooms in downtown Vancouver alone. Where’s editors, writers and photographers share what they see in the city they live in. That means Where readers get the best the city has to offer.