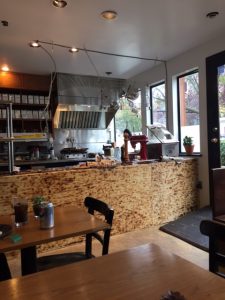 Notable Chef Jefferson Alvarez originally from Venezuela, has been working in the Executive Chef role at several restaurants around the over the past several years, some of which included Fraiche as well as most recently Secret Location. Over the past year he did stints at Mosquito as well he ran several of his own pop-up dinners in different places around the city.

He recently partnered up with mother and daughter duo Marcela Ramirez and Andrea Ramirez, of Epicurean Caffe (located at 1898 West 1st Avenue), Alvarez is at the helm in the kitchen of this new Cacao Restaurant. By day Chef Alvarez runs a daily brunch serving up westcoast fare with a hint of Latin American. By night it is a full on Latin American menu that changes often and it’s full on Alvarez style. 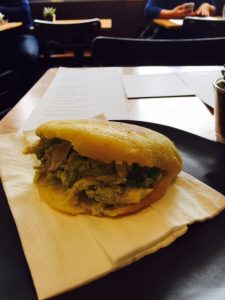 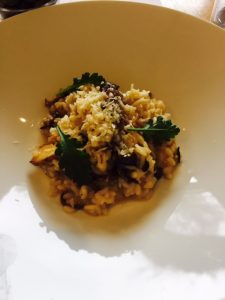 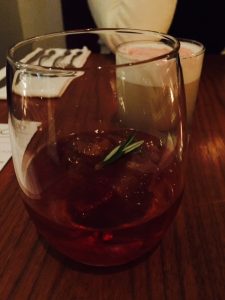 I have a tried a couple of dishes including the traditional Venezuelan Arepa stuffed corn cake with avocado, chicken and peas; and the Wild Mushroom & Risotto, locally foraged mushrooms risotto and parmigiano reggiano; along with the El Negroni Favorito.