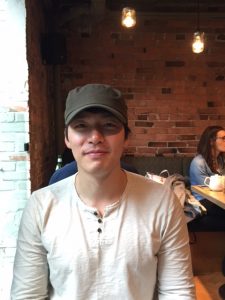 For my Seventy Second brunch in this series, I was joined by Jace Junggyu Kim who is a Ambidextrous painter over Brunch at L’Abattoir in Gastown.

Jace Junggyu Kim is a Canadian painter currently based in Vancouver, BC. He was born and raised in Korea where he was highly influenced by comic book art until the age of 15. He graduated Emily Carr University of Art and Design with a bachelor’s degree in Media art (animation) with the passion of animator. He worked in various game and motion graphic companies as a digital artist but he made a drastic transition to become a traditional painter.

Creating the most of the tension between the figurative and the abstract, his expression on canvas arises from the meeting and combination of various artistic materials; oil, acrylic, ink, spray paint and so on. An abstract chaos capable of giving rise to an emotional overlap plays as a background to the purity and refinement of the portraiture depicted with obsessively expressive brush strokes.

Growing up did you always have an interest in becoming an Artist?

I think so, I dreamt about being a fancy artist, at the time I was into manga, comic books an such. I studied animation and became an animator. I then went on to do commercial art and then fine art.

What turns you on creatively, spiritually or emotionally?

I do art to express myself, it stimulates me, I am interested in human sub conscious. I do a weekly exercise with my students “despair rather than sad” that emotion becomes transparent. When you describe that you become more creative. I figured out how to extract human emotion. I try to paint to be as crazy as possible turning my feelings in to art, everything inside of me. I want to figure everything in my life out and put it into art. I get stimulated by expressive emotions.

What is the ONE lasting impression you want to leave in your paintings?

I want people in awe. I don’t want people to take a glance and walk away, people feeling something different – emotion.

How would you describe your style of painting?

Tell our readers about colour, and the use of bold colours in your paintings

If I breakdown my working process, I look at my paintings and paint. I just put the paint and leftover paint on my canvas. Torturing the canvas, I am abusing the canvas and putting on the paint, I don’t care how it turns out as I just want to express.

How long have you been Live Painting?

You have participated in SNAG, can you tell our readers what that entails

SNAG is a weekly live painting raffle that has taken place at the Cobalt, Electric Owl and currently at The American.

Andrew Young produces the event where you have an opportunity to snag artwork from some highly sought after artists in a pretty unusual venue. But what’s more unusual than that? You can get your mitts on their work for as little as $5. They feature 4 artists every Wednesday night painting it up all night. At the end they draw tickets and the winners, takes home one of the pieces these talented guys create.

How would you define an Ambidextrous painter?

Painting with both hands.

How did you design The Baron Samedi?

When you met me back in the spring, I was doing a live painting of The Baron Samedi at the launch of this new spiced rum at Calabash Bistro. They had found me by way of the Battle of the Brushes a live painting event I took part in. For this event, the concept was provided to me, I spent about 5 hours in advance and during the painting time to get it done.

Is there a gallery or city you have always wanted to have an exhibition but have yet to do so?

I love any type of Chicken and Ice Cream. 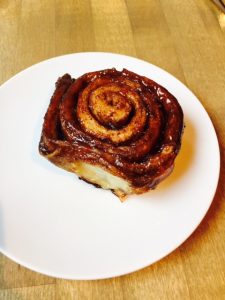 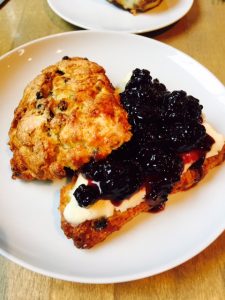 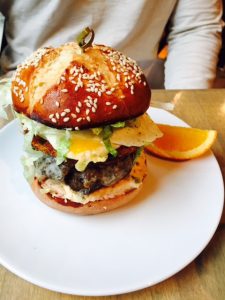 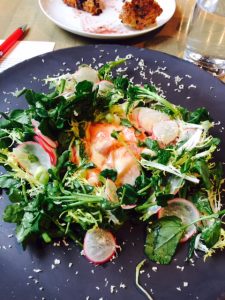 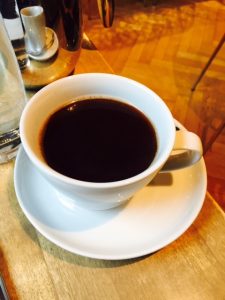 Jace and Richard both enjoyed some treats from the pastry basket sharing the delicious Cinnamon bun and Currant scone house-made with jam and clotted cream. Jace then had the Breakfast Burger, while Richard had the Steelhead Salad with smoky buckwheat pancake, and hollandaise; and a coffee.