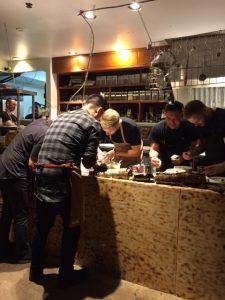 Mark Singson is one creative local chef who through his own FAM Inc (Food Art Music) pop-up dinner series; has been creating unique pairing dinners around the city. For this, his latest, dubbed episode 6, he teamed up and collaborated with Chef Sean Macdonald of Calgary’s famed Market Restaurant.

His kitchen team for the night featured a stellar team including Chefs Juno Kim, Josh Gale, Pekka Tavela and Jefferson Alvarez at Cacao Restaurant in Kitsilano. Local brewery Steel & Oak provided the delicious beer and paired up each of the courses. 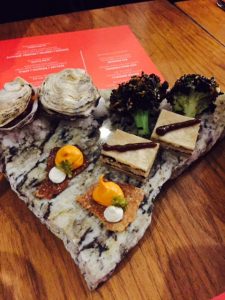 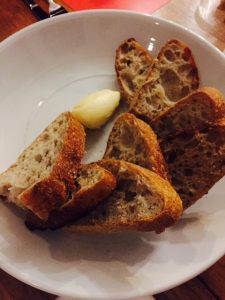 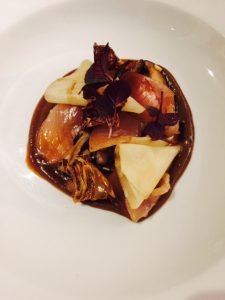 Tuna/Mushroom/Celeriac, an earthy dish with layers of flavours and textures, in the dish, coffee cured tuna with mushroom relish, celeriac two ways and sweet soy; paired with the Steel and Oak Dry Hopped ESB. 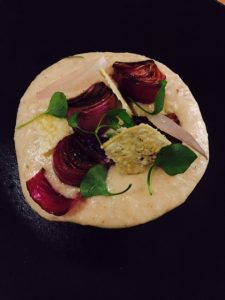 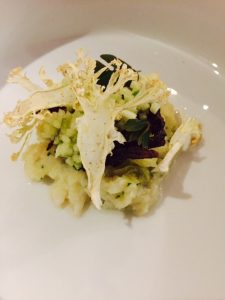 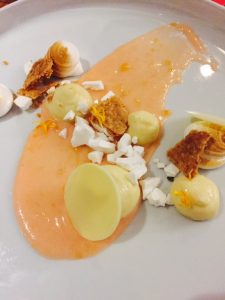 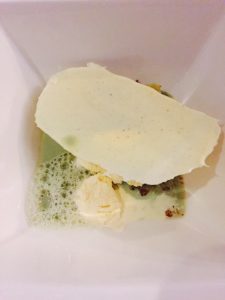 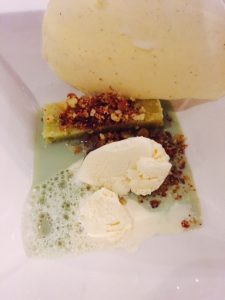 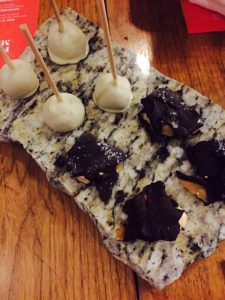 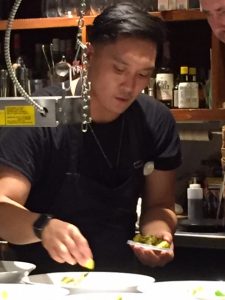 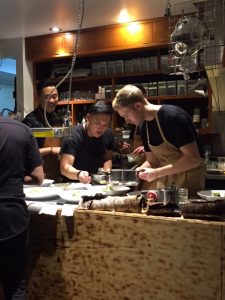 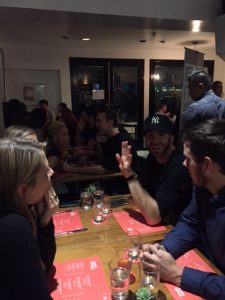 Chef Mark Singson has worked himself up the ladder from line cook to sous-chef locally, he had staged in many of the top kitchens in Australia, most recently he was Sous-Chef at AnnaLena’s. Now he is excelling and doing what he does best, create exciting dishes and pop-up dinners. I truly enjoyed my first Family Matters dinner, make sure you follow for the next dinners in this series, on Instagram @foodartmusicinc