On October 2nd, I attended the annual fundraiser that benefited Growing Chefs, it was From Farms to Forks 7. It was another tasty Kitchen Party organized by the team of Growing Chefs held at the Pacific Institute of Culinary Arts, where chefs prepared a variety of dishes that were served in a multitude of kitchens throughout the culinary school. 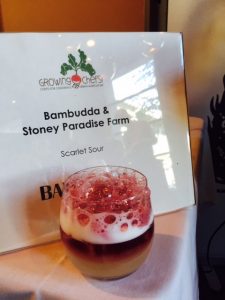 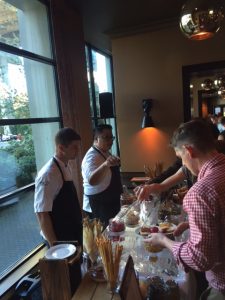 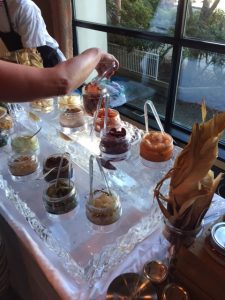 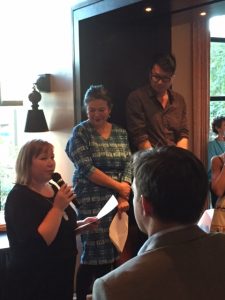 Executive Director Jaydeen Williams talked about the event as it began during the reception.

The reception featured a delicious array from Ploughman’s Table by Chefs Morgan Lecher and Eddy Ramen of Pier 73 Restaurant; along with a Scarlet Sour cocktail from Bambudda Restaurant. 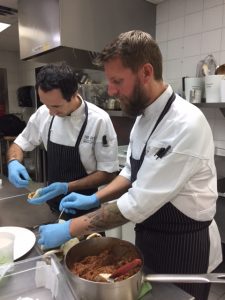 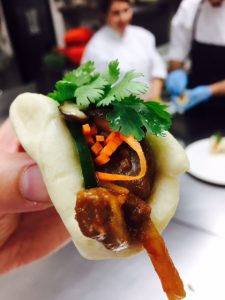 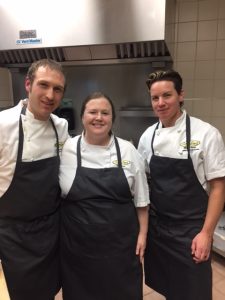 Chef Stewart Boyles and his team 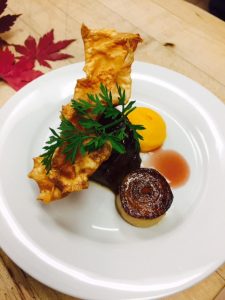 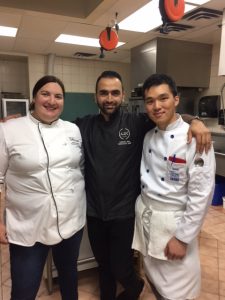 Chef Karan Suri and his team 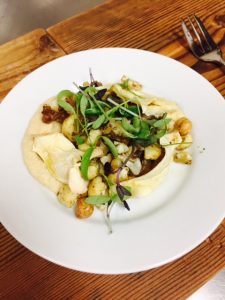 Some of the city’s most prominent chefs and mixologists and the region’s best growers and producers put together a fun night of canapés, B.C. wine and cocktail pairings, and tasting stations! Emceed by CBC’s Margaret Gallagher and Fred Lee who kept everyone entertained through-out the evening.