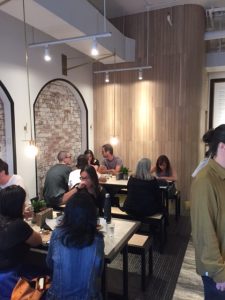 Executive Chef Jim Vesal who was previously the Head Chef at Cocktails & Canapes Catering and Earls Yaletown, is on a mission to change the way people eat. Here they are making all of the key ingredients in-house, including their own cultured nut-based cheeses.  He’s also driving an innovative menu by incorporating some unexpected toppings, like falafel and harissa on The Med pizza, and gochujang braised jackfruit and spicy kimchi on the Kim Jack-Il.

All pizzas are prepared fresh to order and ready in six minutes or less, making it an ideal dining destination for time-pressed lunch seekers.  Dinner guests are invited to linger over drinks, including beer from Four Winds and 33 Acres breweries by the bottle, and kombucha, Nitro brew, and BC’s Haywire wine, all on tap. 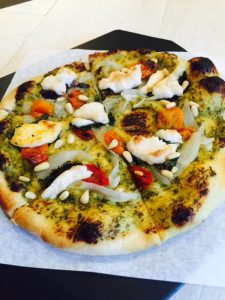 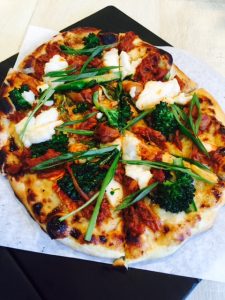 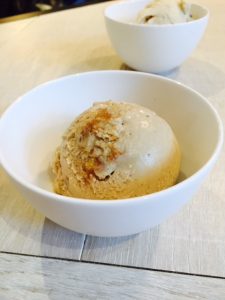 I have also had the plant based and dairy free, Mint + Dark Chocolate and the Coffee + Donuts ice creams which were both divine.

Virtuous Pie is located at 583 Main Street in Vancouver in the heart of Chinatown and is open for lunch and dinner, Sunday to Thursday 11am to 10pm, and 11am to 11pm, Fridays and Saturdays.

Feast of Fields in Aldergrove