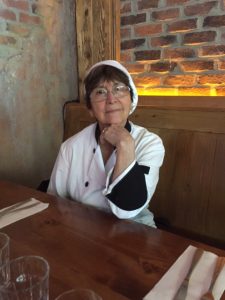 Maria-Elena and her daughter Greysy de la Rosa have been cooking, making all the sauces and other dishes at Patron Tacos & Cantina for the past 5 years. They are the heart and soul of the restaurant, creating and implementing their recipes from back home in Mexico. Maria-Elena started cooking at a young age, though over 25 years ago she began her cooking career working in restaurant kitchens in Mexico where she grew up. 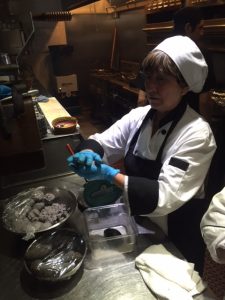 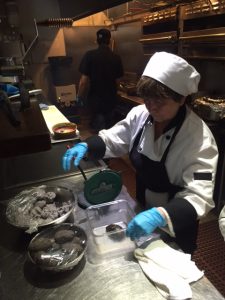 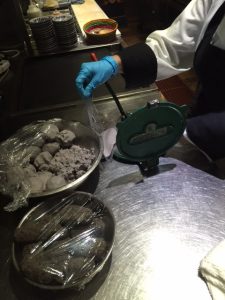 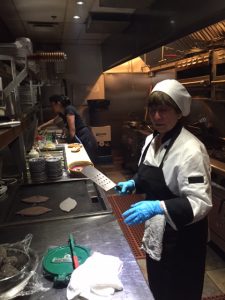 I joined them in the kitchen recently to watch Maria-Elena make one of their fairly new traditional dishes which is popular Mexico. Tlacoyo is an oval-shaped fried or toasted Oake Masa. Somewhat torpedo shaped, they are fatter than fresh corn tortillas and stuffed with cooked and ground beans. The Tlacoyo is completely different, a traditional Mexican dish not to be confused with sope or hurache. 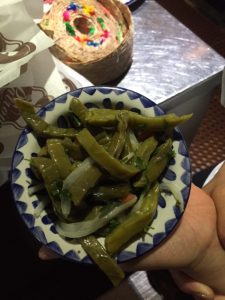 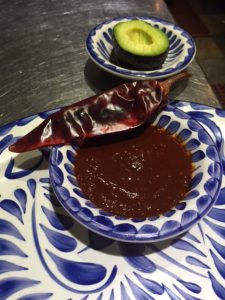 Here she is making blue corn tortillas for the base of the Tlacoyo, rolling the dough into a ball and then flatting on the tortilla press, one my one, she then panfries them on a hot grill. Next the tortillas are placed into the deep fryer and then placed on the plate and topped with cactus and other ingredients. 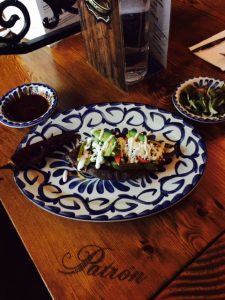 Tlacoyos, a traditional Mexican dish made with a crispy black corn dough topped with cactus, black beans and Guajillo chilies.

Guajillo Salsa originates in Central Mexico and it’s a typical sauce which can be found all over. Each morning Maria-Elena and Greysy make this sauce as well as many other sauces in the restaurant from scratch. The blue corn they use is organic and used in making their corn tortillas. 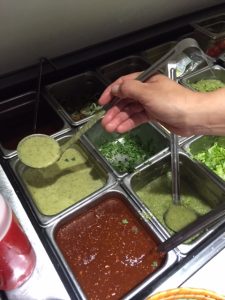 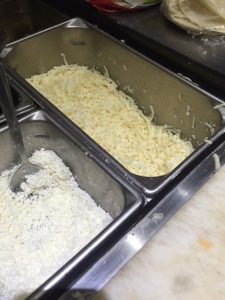 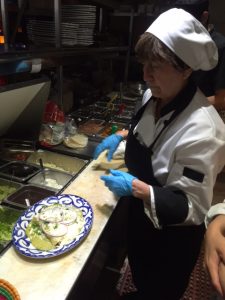 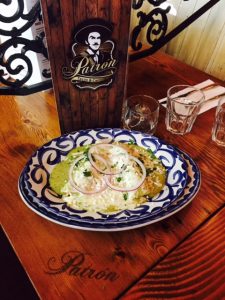 Maria-Elena made another one of their fairly new traditional Mexican dishes, Enchiladas Suizas, it is a cheesy, creamy dish that originated at a Sanborns café in Mexico City in 1950. 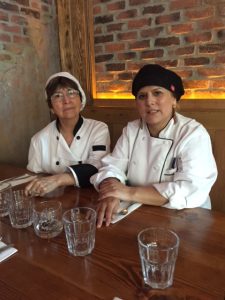 I sat at the table chatting with Maria-Elena and Greysy de la Rosa about their family which has been cooking Mexican cuisine for 4 generations, while enjoying these wonderful dishes they had made, both are featured on the menu at the restaurant.

You can find Patron Tacos & Cantina downtown Vancouver at 266 Robson Street and you can find them on Instagram here.