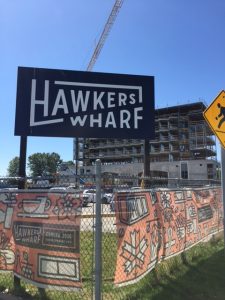 A new culinary centre under the direction and vision of it’s founder Chris Jerome is set to open in early July in North Vancouver. It is going to be a one of kind culinary destination that mixes their own bar, grocery market and eateries with multiple independent like minded restaurants. 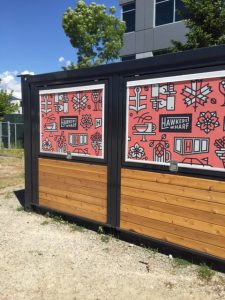 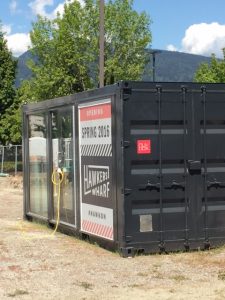 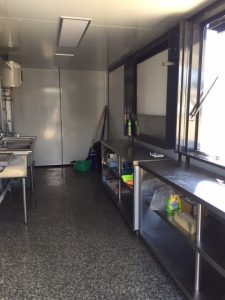 Chris Jerome, the creator of the popular Hawkers Market, has teamed up with Concert Properties to create a 100,000-square-foot food hub on North Vancouver’s waterfront. This public market will feature 25 – 50 local, independent food startups that are not franchise or chain oriented. Each unit is housed in a container which has been outfitted for a restaurant operation. Tenants already signed on for the centre include Taco Mio, Buddha-Full, with several more to be announced soon.

Chef Alex Newton recently joined as the Culinary Director along with a talented team working to get this new culinary centre up an running.

I toured the site last week, the groundwork of plumbing and electrical is finished and I am sure we will see the site quickly come to fruition. The hub will open in phases with the first scheduled to open in July featuring the food based eateries.

The hub will also include a 4,000-sq.-ft. co-working kitchen along with a 6,000 sq fi. bar and grocery market, all of which should open in the fall.

Hawkers Wharf is located at 925 Harbourside Drive in North Vancouver.