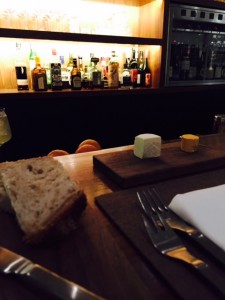 On January 22, I attended one of the nights where Michelin-starred Chef Stefan Hartmann and his culinary team paid tribute to Chef Marco Pierre White inspired by their respective culinary style. Chef Marco Pierre White wasn’t present, his respective style was translated by the Bauhaus culinary team and reflected in their own collection of six courses. This dinner was a culinary experience as part of the Dine Out Vancouver Festival.

Chef Marco Pierre White is a world-class chef, restaurateur, and celebrity who has been referred to as “The Godfather of modern cooking”. He has made invaluable contributions to contemporary British cuisine including the popularization of celebrity chef culture, training notorious TV personalities Gordon Ramsay and Curtis Stone. He is the youngest chef to have ever been awarded three Michelin stars.

Dining at Bauhaus always equals a night of precision and this night was no different. Spot on service in the dining room as well as the bar where I was seated, and culinary magic from Chef Stefan Hartmann and his kitchen team. 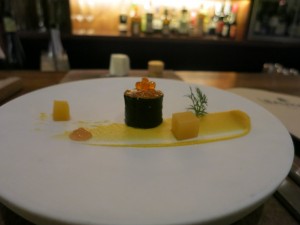 The menu for the evening started off with a stunning amuse buche of salmon tartare. 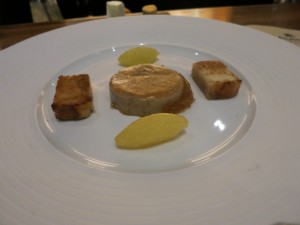 Followed by the delicious Foie gras terrine with caramelized apples and house-made brioche. 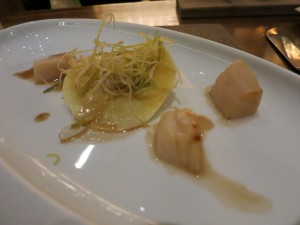 Lobster Ravioli with scallops, with braised leeks and cilantro underneath, topped with fried leek shreds was divine. 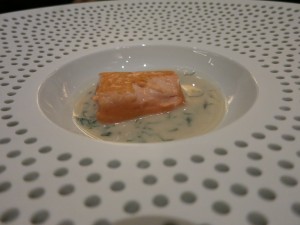 Next was the Salmon Escalope in a creamy fish sauce with basil. 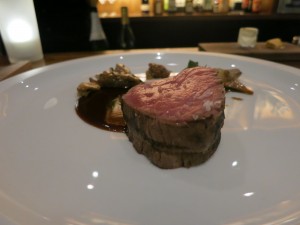 The Sous-Vide Beef Tenderloin with shallot confit with red wine sauce and a dollop of spinach purée was a stunner. 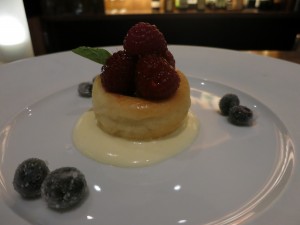 Raspberry Savarin with sweetened blueberries was the last course.