As I am a huge fan of Chicken and Waffles, upon hearing this dish was on the menu here, it was time for a visit to try their brunch menu. Of course since this restaurant’s main focus is their large beer selection, brunch with beer was in order. 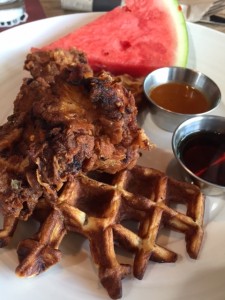 Chicken and Waffles for brunch local Rossdown Farms chicken, maple syrup and a spicy sauce on the side! 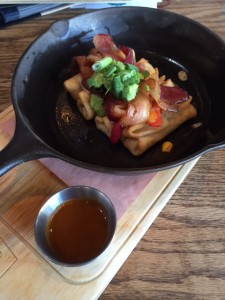 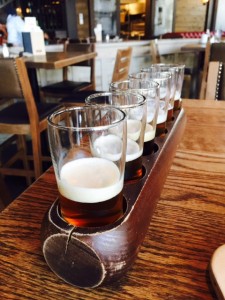 On the beer paddle, a selection, my faves in order were the Ninkasi Dawn of the Red, 33 Acres of Ocean, Howe Sound Nut Brown Ale, followed by the Elysian Men’s Room Red, Goose Island IPA and lastly the Ninkasi Tricee-A-Hops. 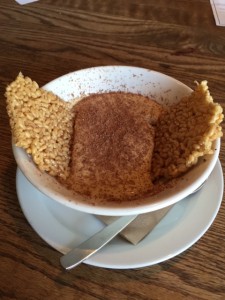 Butterscotch Budino with crispy rice wafers and shaved chocolate, and it was delicious! 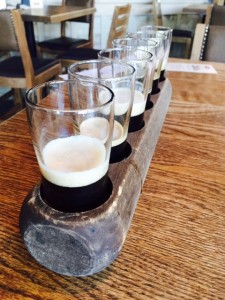 On the beer paddle, a selection of Stouts to pair with my dessert, my faves in order were the Old Yale Stout, Dark Black Bute, followed by the Odins Gift, Stoutnik, Hoyne Dark Mair and North Coast Old Rasputin Stout

Brunch is availalbe on Saturday and Sunday 10am – 2pm

Craft Beer Market is located at 85 West 1st Avenue inside the historic Salt Building in Vancouver. You can follow them on twitter @CRAFTbeeryvr