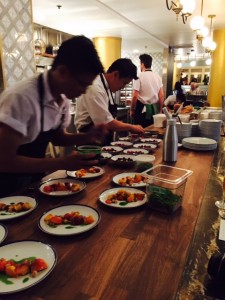 I had a taste of the food and drink at a preview dinner last night which was an impressive fete orchestrated by notable Chef David Gunawan. His new restaurant offers Downtown Vancouver a true farm-to-table feast for the senses with a casual and playful menu that honours Gunawan’s trademark local, sustainable and seasonal approach to dining. 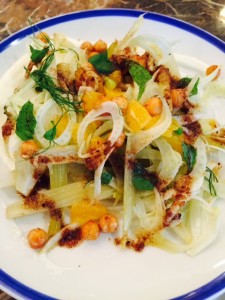 With a name that marries the laidback, understated approachability of a bygone diner with an air of elegance in presentation, flavour and service. 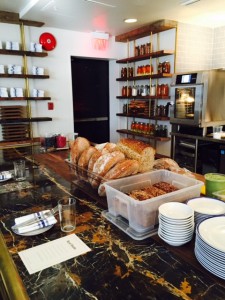 Royal Dinette’s origin results from a partnership between Gunawan and the Donnelly Group, who share not only an existing friendship but also a common goal and desire — to cultivate a new restaurant experience in downtown Vancouver where an ever-changing food and drink menu places a premium on quality, value and creativity and supports local farms and producers in the process. 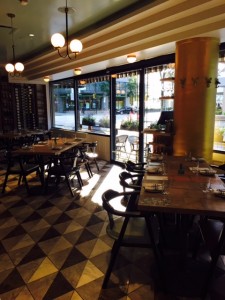 With a layout and décor engineered by Beyond Beige Interior Design and Milltown Contracting, Royal Dinette will feature fresh pasta, butcher and pastry stations and seating for 80 throughout the dining room, bar, chef’s table and outdoor patio.

Royal Dinette is located at 905 Dunsmuir St., just below the Blackbird Public House & Oyster Bar (which remains open on the second floor) and will be open for weekday lunch as well as happy hour, dinner and late-night libations Monday to Saturday. Follow them on Twitter and Instagram @royaldinette