Tarquin Melnyk is the Bar Manager at Bambudda in Gastown.

I asked Tarquin to make a selection of his unique cocktails at Bambudda.

Up first is the New Gwei-Lo 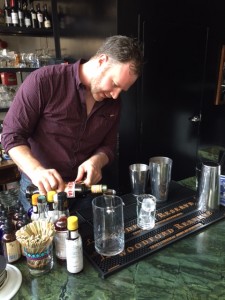 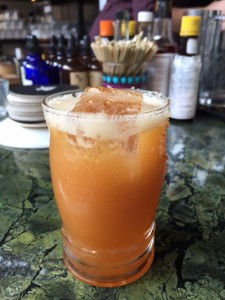 This drink is pineapple preserved three ways and was created to employ multiple traditional methods for fruit preservation into a tart and memorably delicious drink.

1) Combine ingredients in shaker. Add ice. Give extremely hard shake to really break up ice. Pour over three 2″ square cubes in a rocks glass with a half rim of dehydrated pineapple and espellette chili rock salt.

Bitters: Custom made for Bambudda by Ms. Betters Bitters. Try substituting Dillon’s Pear Bitters and Scrappy’s Chocolate Bitters for your own homemade version. These bitters are available at Legacy Liquor Store.

Dehydrated pineapple rock salt – We started off doing this ourselves in the Bambudda dehydrater – we go through so much that Ms. Betters Bitters do it for us now at their facility.

2) Essentially, you make a pineapple bark. You crush it into a powder and mix it with dehydrated and crushed espellette chilies, citric acid and kosher salt to taste. To adhere the salt to glass – wet desired area with a slice of lemon or lime and roll in salt mixture.

The next cocktail he made was the Post Opium 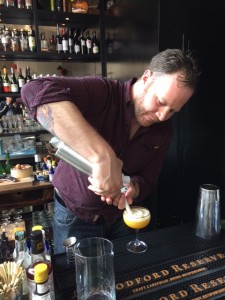 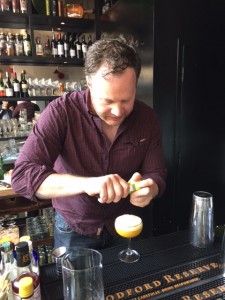 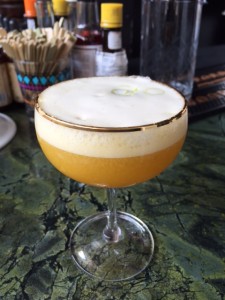 Inspired by the most recent trend of Passionfruit and chocolate in high end chocolate shops, such as Thomas Haas. The drink is a daiquiri at its core.

1) Put contents to shaker. Add ice. Hard shake for 12 seconds. Fine strain into a chilled coupe. Gently express foam from siphon over top. Grate like hairs from zester over foam and serve quickly.

The next cocktail he made was the Powell Street Sour 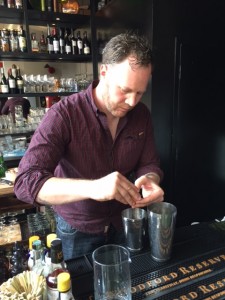 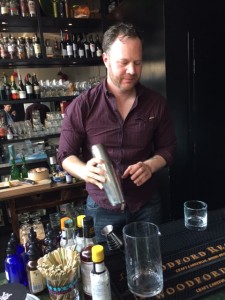 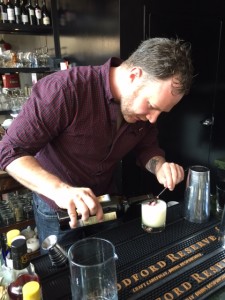 Inspired by the concept of doing a visually captivating and nuanced flavor New York style sour. 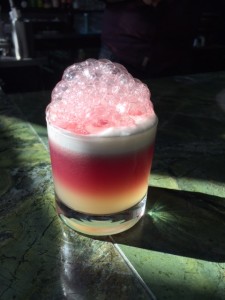 Cinco de Mayo in Vancouver and Beyond on May 5