For my next Friday Lunch in this series, I was joined by Kenji Maeda, Executive Director of DOXA over lunch at Market by Jean-Georges in Vancouver. 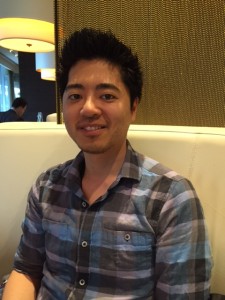 Kenji Maeda grew up in Campbell River, he acted in the local theatre when he was younger. Eventually he moved to Vancouver where he worked as an actor in film and tv before starting his company Production Heads Network in 2003. He joined the board of directors of DOXA Documentary Film Festival in 2008, and then became their interim Director, eventually becoming their permanent Executive Director in 2014.

Tell me about your Acting and Theatrical Career?

I did film and tv before theatre starting out in 2001. In 2003 I started my own company (Production Heads) then worked with New World Theatre and Boca de Lupo Theatre and I produced with them.

Have you always had an interest in the arts and specifically film?

Yes as an actor, first it was theatre cause that was when I lived in Campbell River as that was all the town had. When I moved to Vancouver I then got introduced to film and tv as a profession.

How did you end up becoming the Executive Director of DOXA?

I was on the board of directors of Doxa at first in 2008 and I did that for 3 years. Then I ended up being the chair of the board, our Executive Director took a leave of absence, I stepped in as the Interim Director. We looked for a permanent ED, however as I had been the Interim ED for 3 years, I then became the permanent Exec Director in 2014.

Tell me about your Vancouver Actor’s Guide

It is a free resource for actors in Vancouver and provides info for the local community – agents, photographers, and training/schools. It lists auditions as well, more than 500 auditions are posted on the site each year. It is meant to empower actors to take control of their career.

Tell our readers what is in store in your upcoming DOXA Documentary Film Festival?

What are your favourite Documentary films you have seen in the past 10 years? 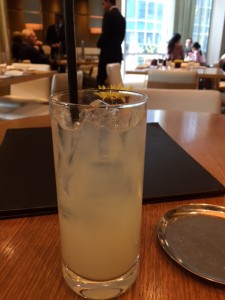 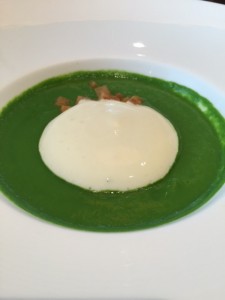 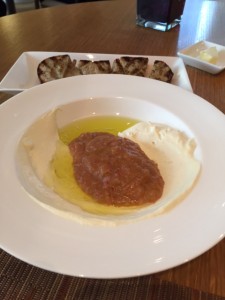 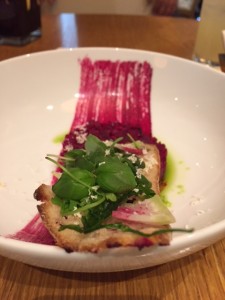 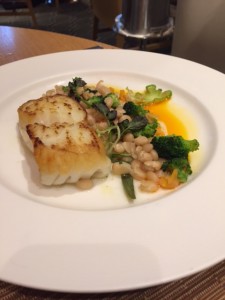 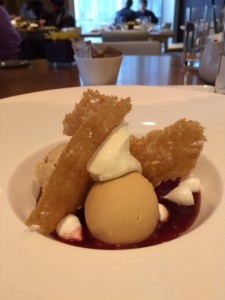 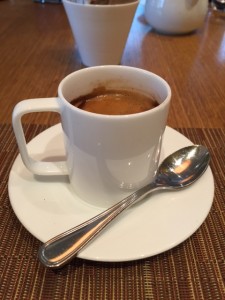 Kenji and Richard both had a housemade Ginger Ale followed by the Spring Pea Soup to start, as well as the Ricotta, Rhubarb Sourdough followed by the Beetroot Tartar. Kenji then had the Queen Charlotte Halibut, while Richard had the Steelhead Salmon Salad. For dessert, Kenji had a trio of ice creams (chocolate, vanilla and salted caramel); Richard had the Rhubarb ‘Creamsicle’ Sundae with Rhubarb ice cream, Strawberry compote and meringue along with an Espresso.

When random people that I don’t know come up to me and tell that they know DOXA and enjoy what we are doing. It is a constant reminder that we are doing something right.

What is next on the horizon for the DOXA?

Who drives the vision at DOXA?

Ultimately the board is responsible to be within our mandate and vision. Dorothy Woodend is our Director of Programming and I work with her closely together to envision what is happening over the next few years.

How do you know which documentary films are going to work in your festival or not?

Should be a Vancouver premiere at the minimum. Our screening and programming committees help shape what the festival is going to be.