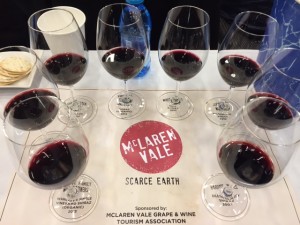 As part of the recent Vancouver International Wine Festival, I attended a seminar focussing on the Mclaren Vale Scarce Earth wine region of Australia. This is area where most of the Australian Shiraz is produced, 35 million bottles a year. 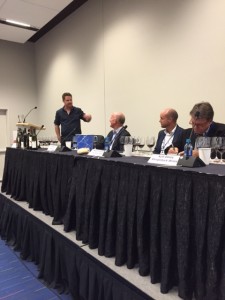 Several winemakers from this region attended this seminar and spoke about their wineries and the wines that they produce.

McLaren Vale Scarce Earth encourages the release of single block Shiraz wines to allow us to continually learn more about our region and to also further explore the relative influence of geology, soil, climate and topography on wine style.

All wines come from a single block, a small plot of land with a unique flavour profile and personality.

The wines featured during the seminar included: 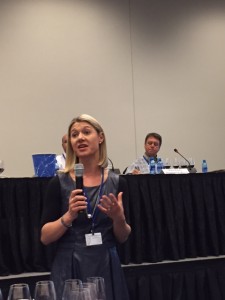 Victoria Angove of Angove Family Winemakers was one of the vintners who spoke about her company’s wines. She is 5th generation and the winery has been in business for the past 129 years. Certified organic and bio dynamic, they harvest cool grapes to 10 degrees on a steep slope.

Learn more about this region and their wine here.