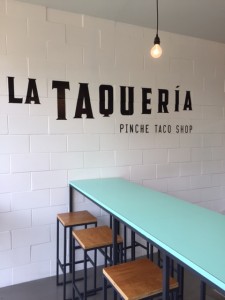 Yesterday, Marcelo Ramirez Romero (co-owner) guided me on a tour of their new expansive space for the commissary kitchen and new eatery of La Taqueria which will be opening on Monday February 23, 2015. 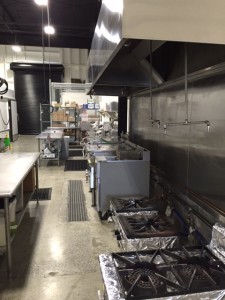 The North Vancouver kitchen will feature a new tortilleria (tortilla factory) that will be producing gluten-free tortillas, using non-GMO nixtamal dough made with corn specially imported from Culiacán, Mexico, that is exclusive to La Taqueria’s shops.

Culiacán, the capital of Sinaloa in Northern Mexico, is one of the most economically-driving municipalities due to its major agricultural production. It heavily supports its domestic market through its large-scale production of corn. The yellow commercialized corn found in North America is incomparable to the varieties that are grown in Mexico. Corn is significant to Mexican identity as it is a central component to their cooking and daily meals.

The success of La Taqueria’s first two locations sparked the decision for co-owners Marcelo Ramirez Romero and Alfonso Sanz to open a new kitchen: To meet the growing demand for their food while upholding the consistency, quality and authenticity of their tacos. 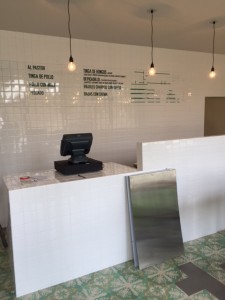 La Taqueria was built on the premise of replicating the authentic taste and feel of street food in Mexico, and will continue to do so as they expand into North Vancouver. The La Taqueria eatery is located at 1305 Welch Street, North Vancouver and will be open from 11am – 5pm Monday – Saturday and their menu is the same as their other locations.

The Boil at Pier 7 Restaurant