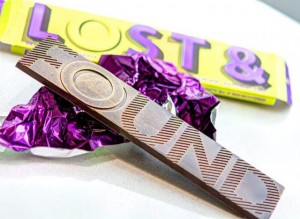 I was fortunate to try a piece of this wonderful chocolate weeks ago, I then talked about it on my radio segment, Best and the Foodiest on CKNW with Michael Eckford. Not only did we try it in the studio before we ended up talking about it, the radio crew were on it, tasting and savouring a piece within minutes.

Once the world’s dominant fine chocolate, Pure Nacional chocolate was famed for its fruit and floral flavors and lack of bitterness. Cacao trees were suddenly struck by disease in 1916, and were all but lost.

Found. Nearly a century later, Pure Nacional cacao pods were rediscovered in 2007 in Peru’s remote Marañón River Canyon. These pods contained a rare mix of 40% white beans and 60% purple beans in the same pods, and some boasted 100% white beans, a rare find. The white beans provide a nutty flavor to complement the purple beans’ fruit and floral flavors.

The USDA declared the fourth genetic sample tested to be the legendary lost cacao, thought to be extinct.

Lost & Found (68% cocoa) is made with Pure Nacional, Fortunato No.4 chocolate. Discover the legend and taste why this chocolate is considered to be among the best in the world.

Gem Chocolates is located at 2029 West 41st Avenue in the Kerrisdale neighborhood in Vancouver, specializing in artisan chocolates. You can also follow them on twitter @gemchocolates