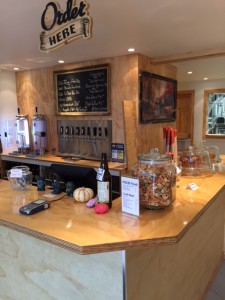 David and Nicole started a small brewery in East Van not too long ago that grew organically by leaps and bounds. I had the opportunity to finally try their beer when I was at nearby eatery Kessel & March for a brewmasters dinner awhile back. David is not only passionate about beer and food, he loves to build things as well as brew beer. Last week I toured their new brewery which is 10 times larger than their original brewery. 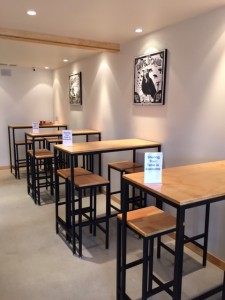 Complete with a well-appointed tasting room features tasting glasses of their line-up of beers along with some snacks to accompany the brew. Food trucks visit most days and you can order outside and eat inside while enjoying their beer.

It was only five months in, at the Canadian Brewing Awards 2013, that they won Beer of the Year in Canada, and gold in it’s category for Old Jalopy Pale Ale. The brewery was a secret no more, business had shot through the roof and with the high demand, and selling out of beer, expansion was inevitable and within a year and half they moved up the street and started building into their new Micro Brewery location. 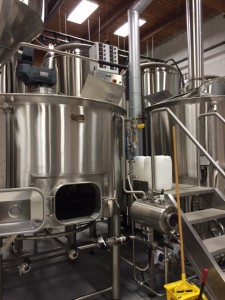 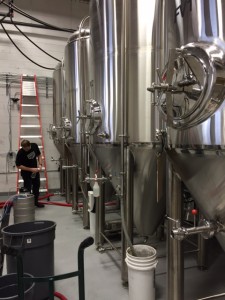 As Nicole toured me around the brewery, she explained the set-up, showing me their new bottling and labeling machines. 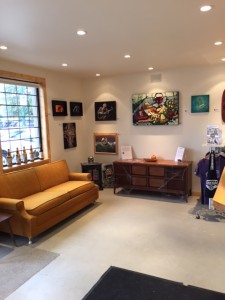 The Lounge which is part of the tasting room in the front is a beautiful spot for enjoying a beer or waiting for a growler to be filled.

Apparently David’s passion for building doesn’t stop there, he is also passionate about baking and makes amazing pies so I hear. Now that the cat is out of the bag so to speak, I hope to see his pies on the menu in the tasting room.