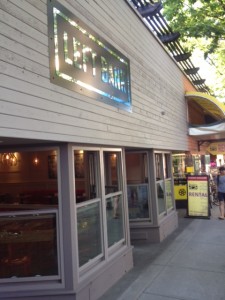 I attended a media preview last week and had chance to taste my way thru many of the dishes on the menu. 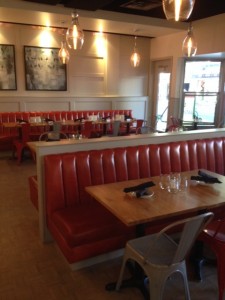 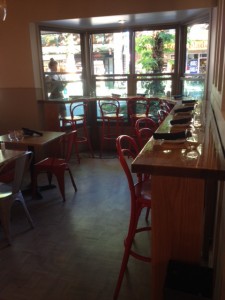 Seating by the windows

The new 60-seat restaurant features a 35 seat laneway outside patio which is the first of it’s kind in the city. The bright room has open windows onto Denman, red banquette seating and a marble top bar. 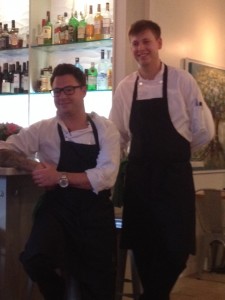 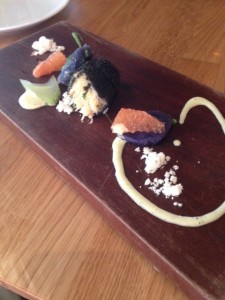 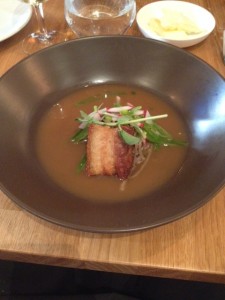 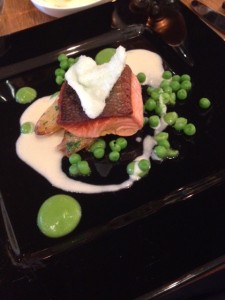 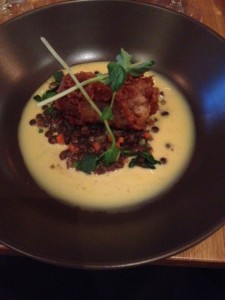 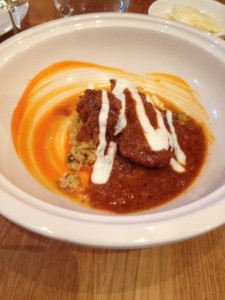 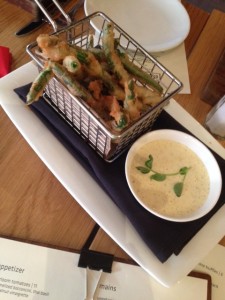 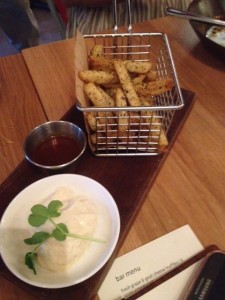 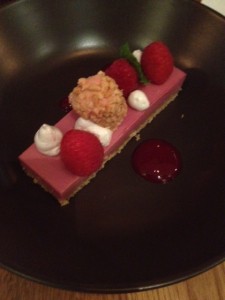 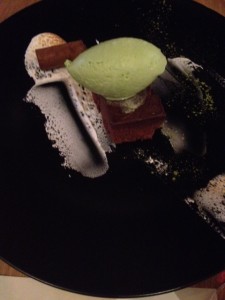 Selection of dishes off the menu that I enjoyed.

Crispy Crab Roll, a beautiful presentation! Next was a taste of the Roasted pork belly in a delicious truffle dashi broth, soba noodle & snap pea salad; this was followed by the Sockeye Salmon with summer peas, lyonnaise potto, and lemongrass cream and outstanding dish; another outstanding dish was the 5-spiced Duck Confit Tempura du puy lentil cassoulet, wilted green and orange vinaigrette; last in the mains was the delicious Roasted Lamb Tagine with date couscous, tomato ragù, raita, a melding of Moroccan and Indian flavours! A couple snacks served during the meal were the tasty Black Sesame Pomme Frites with Lemongrass mayo and the Tempura Haricot Vert with fireweed honey & grain mustard emulsion. Out of the desserts served the Raspberry & Goat Cheesecake and the Chocolate Marquis with green tea ice cream were both winners.

Cuisine is described as French cuisine “kissed by the colonies”.