For my next Friday Lunch in this series, I was joined by Branislav Henselmann, the Executive Director at Ballet BC over lunch on the patio at Lift Bar and Grill in Coal Harbour in downtown Vancouver. 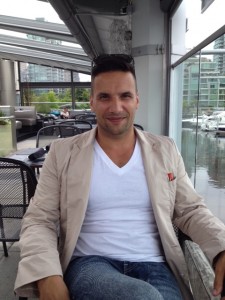 Branislav Henselmann, Executive Director of Ballet BC, originally trained as a dancer in Munich, later deepening his studies at conservatory level at Rambert School of Ballet and Contemporary Dance in London.

As a DAAD German Academic Exchange Fellow, he studied at the Merce Cunningham Foundation, during which time he was also twice the recipient of the Young Artist award of the Ministry of Arts and Culture NRW. He holds a Master of Fine Arts Degree in Dance and Business Administration, earned as Dean’s Fellow at New York University.

Branislav joined Ballet BC following his tenure as Executive Producer for the Michael Clark Company in London. Previously, he was the Head of Programming and Learning for DanceEast, a national dance organisation overseeing dance development and artistic programming in the East of England, and the Artistic Curator for New York City Ballet’s Choreographic Institute, where he led a wide range of initiatives to promote the development of emerging choreographers involved in new classical choreography.

Tell me about your Dancing Career?

I wanted to be a librarian growing up, studied math and science. I was a voice soprano and always danced on the side of my studies. I ended up graduating from the conservatory in England. Then went to New York to study dancing, won some fellowships and danced. I went to NYU and did a Master of Fine Arts Degree in Dance and Business Administration. After the 1st year I did an internship at NY City Ballet.

Have you always had an interest in the arts and specifically ballet?

I always loved the arts, books, music, dance it was just part of my life as a I was raised in Europe.

How did you end up becoming the Executive Director of Ballet BC?

In 2005, Emily Molnar and I met in New York. In 2008 I moved to London, at that time Emily started as the Artistic Director of Ballet BC .

Your last position was in London, England what has the past 2 years been like for you working and living in Canada?

Vancouver is an easy place to live in, such good food, and a lot of prominent people in the arts world are in Vancouver. I had no problem meeting people in the city, also I could connect with civic politicians in ease.

We will be presenting 5 programs during the upcoming season.

An evening of work that features a World Premiere by the thrilling new voice of Spanish-born choreographer Fernando Hernando Magadan, the Ballet BC premiere of An Instant by Vancouver-born choreographer Lesley Telford and the reprisal of the explosive audience favourite A.U.R.A. by Jacopo Godani set to the dynamic electronic acoustic score by German duo 48nord.

Canada’s Royal Winnipeg Ballet returns with its heart-warming version of Nutcracker, a production full of surprises that includes traditional Canadian scenes such as a snowy pond hockey game and a battle on Parliament Hill. Sumptuous sets and costumes and the glorious Tchaikovsky score make this holiday classic sparkle.

Ballet BC presents Miami City Ballet in its premiere performances in Vancouver in a full evening of masterworks by George Balanchine, a pioneer of contemporary ballet in the mid-20th century. The three works include Serenade, a milestone in the history of dance, the bold and breathtaking Symphony in Three Movements to Stravinsky’s music and Ballo della Regina to Verdi’s ballet music from Don Carlos.

Featured on this triple bill is a World Premiere by Italian choreographer Walter Matteini with his deeply human and accessible work, the Canadian premiere of William Forsythe’s workwithinwork, a complex, dynamic piece that bows to the classical yet demands the risk of the unconventional and the return of the audience favourite Petite Cérémonie by French dancemaker Medhi Walerski.

This interdisciplinary evening in two parts features World Premieres inspired by The Rite of Spring. In a hallucinatory homage to Stravinsky’s provocative orchestral work, Emily Molnar collaborates with internationally renowned Vancouver-based designer and Creative Director of Bocci, Omer Arbel, alongside Jeremy Schmidt, a member of the band Black Mountain. The second part of the evening is choreographer Gustavo Ramirez Sansano’s reimagining of The Rite of Spring for the full-company to the complete orchestral score of Stravinsky’s groundbreaking music, discovering anew the raw, percussive score from a 21st century perspective.

Who drives the vision at Ballet BC?

We all work together, it is about aligning vision (all the staff, admin, Emily and I)

How do you know which choreographers’ works are going to work in Vancouver or not?

As an artistic led company we are the vehicle to push the envelope forward. Finding choreographers which align with our visions keep the finger on the pulse of the community.

Where was your most recent vacation spot? 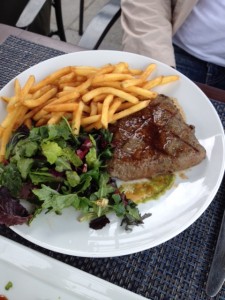 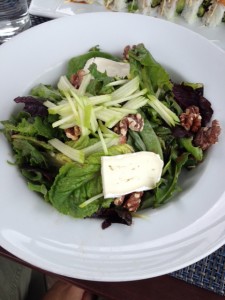 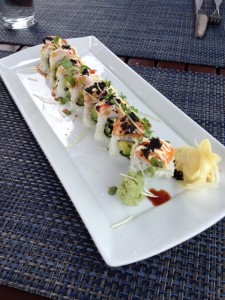 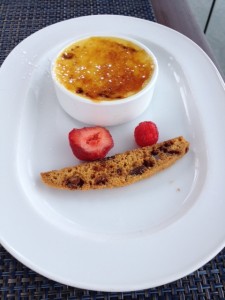 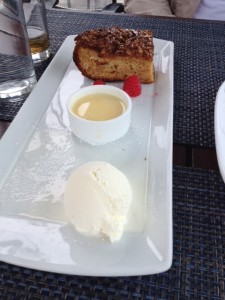 What creators in dance have inspired you?

Research in a science lab

A talk I listened to about innovation (culture and politics)

What is next on the horizon for the Ballet BC?