I attended the annual Grocery Showcase West (GSW) at the Vancouver Convention Centre for the first time this past week. Known as the event for Western grocery retailers to meet with food producers and suppliers from across Canada. It’s the largest show of its kind in Western Canada, GSW is dedicated to serving the growing grocery industry by facilitating business partnerships between retailers, major and local manufacturers, private processors, and importers through an active, 350 booth tradeshow as well as various educational conference sessions. 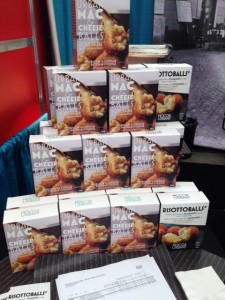 Walking the aisles I saw a multitude of products and tasted my way around, these are some of the products that stood out for me. I have always wanted to try the Moccia Urbani Risotto Balls which I had a chance to finally taste, I also tasted their new Mac & Cheese Balls product which seemed to be quite a hit at their booth. 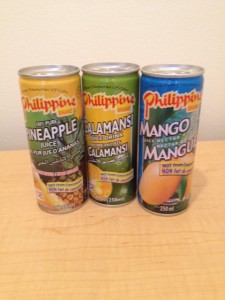 I have had the Philippine Mango Juice Nectar drinks previously, I enjoyed their new Calamansi juice as well as the Pineapple juice.

The Toasted Coconut Chips were a great new find, locally made by Inno Specialty Foods and it’s Gluten Free; as were the Gluten Free Cocoa Slims Dessert Crackers from Trumps Foods.

Some of the other products that I liked were the Philippine brand Dried Young Coconut Chunks and Chocolate Covered Mango, and the Orion brand Choco Boy cookies.

Grocery Showcase West is produced by the Canadian Federation of Independent Grocers.