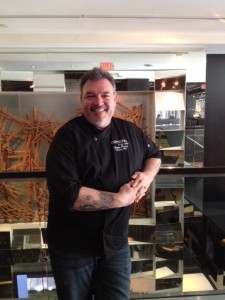 Chef Jason Rosso is the Corporate Chef at Milestone’s Restaurants as well the Corporate Executive Chef for Mastronardi Produce. A native of Toronto, he has been cooking for most of his life, and he has worked at a multitude of large scale restaurants. He was a co-host chef of the Food Network’s ‘Restaurant Makeover’; and has been on the Marilyn Dennis Show, Recipe to Riches. Food Network and Global TV

He began his formal training at the Culinary Arts Program at Humber College, and continued his apprenticeship through travel and life experience with a year in Japan. In time, Rosso moved back to Toronto and honed his skills at Rosewater Supper Club, Senses and Bistro Tournesol as a sous chef and restaurant chef. He was Executive Chef at Peller Estates Winery and The Distillery restaurant Corp.

Last week I had the opportunity to have Jason on CTV to launch my Mac & Cheese Challenge in a showdown between himself representing Milestones Restaurants and Chef Tony Marzo of Kessel + March. I then had a chat with him over lunch at Milestone’s on Robson.

Jason’s role has been to recreate the entire food program, never been done before at Milestone’s. He said he wanted to challenge the restaurants to make everything from scratch coast to coast. His new dishes focus on ethnic foods with delicious, rich flavours. 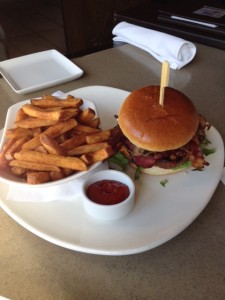 The Stacked Burger is a Prime Rib burger topped with smoked meat, bacon, mushrooms, cheese and horseradish cream in a brioche bun. This is the newest burger which Jason developed in house over a 7 month period. it has 51% prime rib in the stacked burger, tasty flavours. 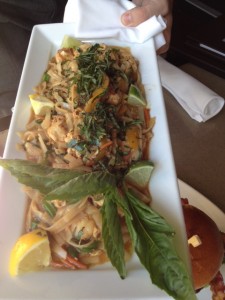 Thai Basil Stir fry inspired by Jason’s time in Asia and a relationship made with a street food vendor. A twist on a Pad Thai, loved the flavours of this dish. 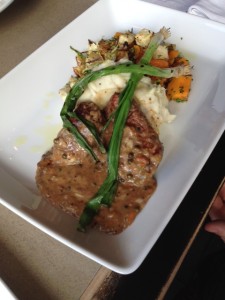 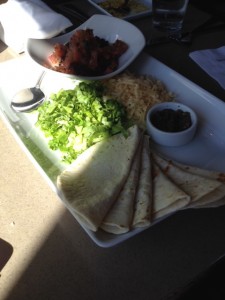 Peruvian Burritos inspired by Rosso’s time in Peru and the use of Lomas Soldados‎, sweet and dark soy stewed beef with herbs and spices, a play on something familiar in Peru and brought herem this is a fun DIY dish. 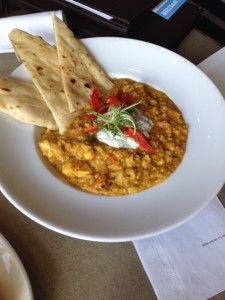 Jason created the Chef menu where each of the chefs in their restaurants across the country develop there own menu items, they sent Jason all their recipes and then they tested them out and narrowed down dishes to add to the new menu at all our restaurants. These days the trends start in Vancouver and head East, so Jason and his team does a lot of recipe development starting in the west and roll to the East. They are moving to regional specific menus from the west coast to the east coast, will be based on what each of the markets likes.