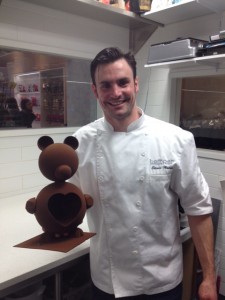 On February 4th, I attended the opening party at Temper Chocolate and Pastry in Dundarave Village in West Vancouver. 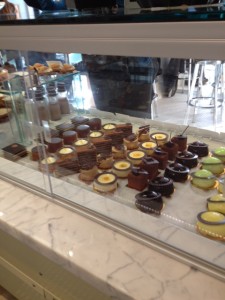 A gourmet chocolate and pastry shop offering fine culinary delights, Temper Pastry is owned and operated by long time Dundarave resident, Steven Hodge. With Le Cordon Blue Program credentials and years of training in some of the worlds top restaurants (Spago, Porto’s Bakery & Cafe, Gordon Ramsay’s 3 Michelin Star restaurant: Royal Hospital Road, to name a few). In Vancouver, Steven cemented both this passion and his reputation for creating sweet confections under the tutelage of Thomas Haas, having previously worked as Executive Pastry Chef at Coast Restaurant.   With several awards and accolades under his belt (or rather, neatly tucked into his apron), its safe to say that Steven brings more than a decade of top-notch culinary training into the kitchen at Temper Pastry. 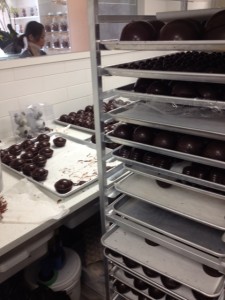 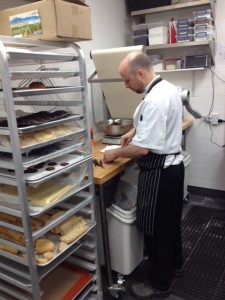 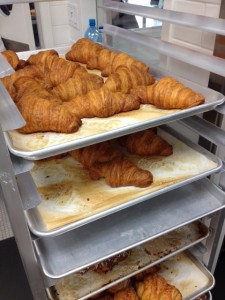 The store’s bakery and kitchen are entirely open thanks to a glass partition that invites onlookers to watch as confections are made using the highest quality Valrhona chocolate and ingredients. 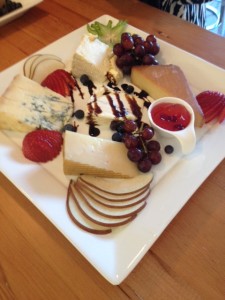 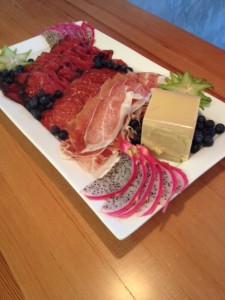 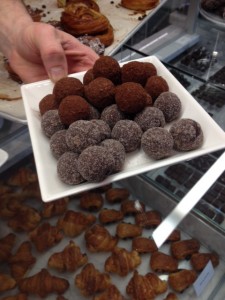 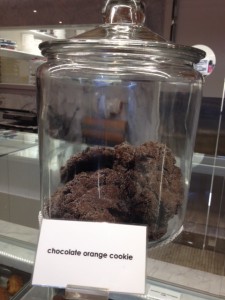 Guests mingled over wine and coffees and enjoyed the delightful meats and cheeses from neighbouring (Sebastian & Co Fine Meats Ltd.), as well croissants, cookies, desserts and chocolates of which Temper is known.

With a liquor license in the works, Temper Pastry currently serves up Stumptown Coffee, teas, a custom hot chocolate and other beverages.   Open Tuesday through Saturday from 8AM until 5PM, Sunday from 8AM until 4PM (closed Monday) Temper Pastry offers seating for twenty-two indoors with an additional twenty-four patio spots available and ready to go once temperatures consistently warm up.

Temper Pastry is located at 2409 Marine Drive, West Vancouver and you can call them at 604-281-1152 and follow them on twitter @Temperpastry