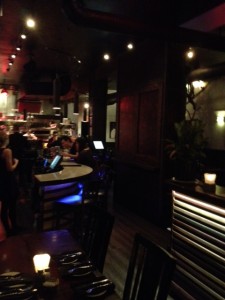 Advice: Try to snag a seat near the tree. 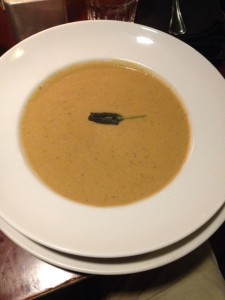 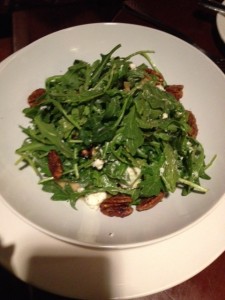 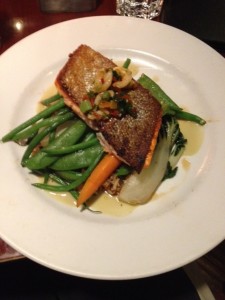 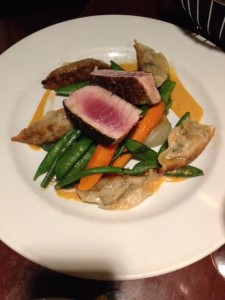 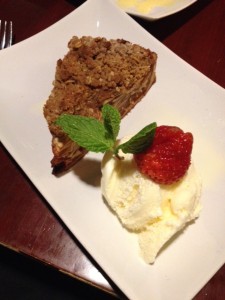 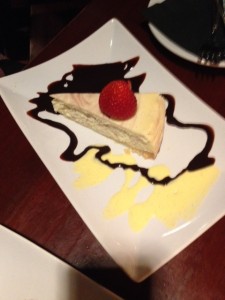 Known for their unique décor, this popular neighborhood eatery added a new menu focus as well as an update to the decor and layout of the room recently adding a sleek bar, opening up the kitchen, making it all more inviting. I visited for the first time in years last week, having the delicious Roasted Parsnip and Chestnut Puree ($8) with crispy sage while my friend Jason enjoyed the Arugula-Sweet Potato Salad ($9) with roasted sweet potato, spiced pecans, goat cheese and arugula with maple-ginger vinaigrette. I then had the Steelhead Salmon ($22) with Dungeness crab and sesame fried rice, wasabi-lime vinaigrette and baby shrimp relish; while Jason enjoyed the Sesame crusted and seared rare Yellowfin Tuna ($20) with quinoa-crab meat pot stickers, chili-lime vinaigrette and seasonal vegetables which is a feature of the night. Even though the restaurant doesn’t make their desserts in house, (they are from Sweet E’s in Vancouver) we both decided to give it a whirl. I had the Apple Blueberry Crumble a la mode ($8) as listed on the menu except there were no berries to be found, while Jason had the Vanilla Raspberry Cheesecake ($8).

I had a look at all of their menus and brunch is the one that stoodout with dishes like the French Toast Roulade and the Pulled Duck Hash those are dishes I would like to try!