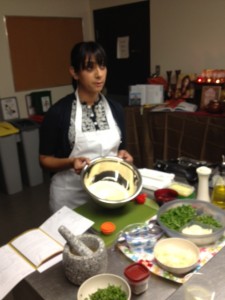 In honour of the upcoming Diwali Fest, the annual South Asian arts & culture festival celebrating the universal light that exists in everyone.  Each year’s festival engages dozens of artists in events across the city, the majority of which are open and free to the general public, by donation, or at affordably ticketed prices such as this one. 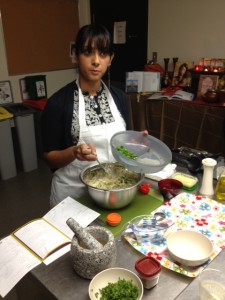 I was invited to participate in the inaugural cooking class of this year’s Fusion Kitchen series which not only provided me with a greater insight into the Diwali festival, I also had the opportunity to learn to make a few dishes.

Shelley Kulle was the teacher of our class, she provided us all with background on the Diwali festival from the food to the culture. She also explained many of the ingredients and origins as well as the various customs. 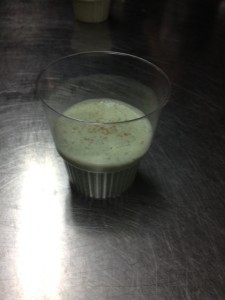 As our class got underway, we were each served a Pudina Lassi (a mint yogurt smoothie) for all of us to enjoy and whet our appetite. 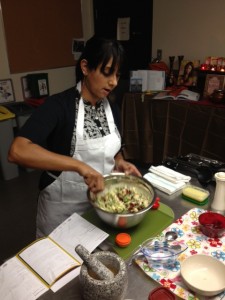 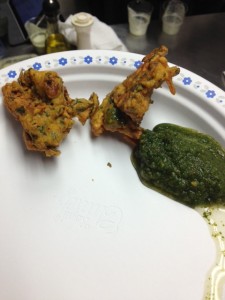 The 1st dish was the Palak Anar Pakoras (spinach and pomegranate fritters) which was fried in olive oil. Shelley had pre-made her famous Pudina Chutney (mint chutney) for us all to garnish. 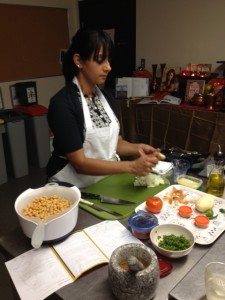 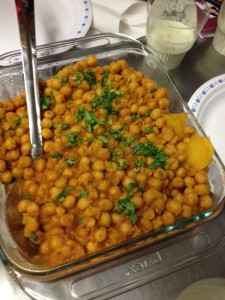 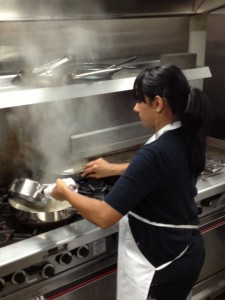 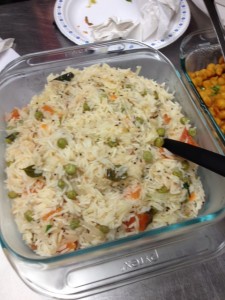 The 3rd dish was the Basmati Rice Pulao 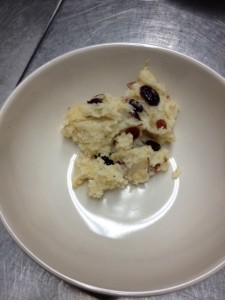 The 4th dish was the Orange & Cranberry Halwa dessert

You can register here for either class offered on October 6 and 22.