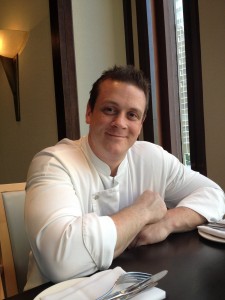 At 15, I walked into a kitchen and got a job as a dishwasher at an Italian restaurant in Sydney, Australia. I then worked as a dishwasher in a butcher shop after school and worked at  steakhouse for a year as a cook at the same time while going to school. At 17 started an Apprenticeship for 4 years –European style – fine dining seafood restaurant worked there for 2 years then 1 year at a steakhouse then 1 year at a Greek restaurant, then fine dining Greek for a year. I then went to a restaurant group and worked 2 years in their café, and fine dining restaurant, it was actually 3 restaurants within 2 years. I then worked at the Dalton House in Sydney as the Sous Chef. At 21, I moved to New York and worked at the Four Seasons Hotel as a cook in the bottom position, then after 2.5 years I was promoted to Sous Chef for another 2.5 years at Fifty Seven Restaurant. I then moved back to Australia and became the Executive Chef of the Deep Blue Bistro doing a fine dining native Australia menu for 2 years. I then moved to Chicago and worked at the Four Seasons Hotel for 3 years as the Chef de Cuisine (a Michelin star restaurant), then moved over to the Hyatt (largest Hyatt in the company) as the Exec Sous Chef for 2 years, I then opened the Park Hyatt Chicago, New Orleans and Napa, and then I moved to Vancouver and have been the Executive Chef at Hyatt Vancouver.

Have you always wanted to be a Chef?

No, can’t remember what I wanted to do.

How different is it cooking in a kitchen in Australia vs Vancouver?

All the kitchens are the same, there are really no differences. Going to the USA from Australia, I discovered the language was different as far as the names of fruits and other foods goes. 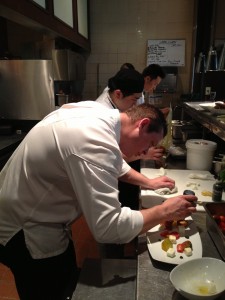 What do you want your Chefs to Learn from you?

Being in a hotel there is a lot more going on than in a restaurant. From meetings and banquets in one of the largest hotels in the city, I over-see banquets by day and the restaurant by night.

How does Banquets work for you? 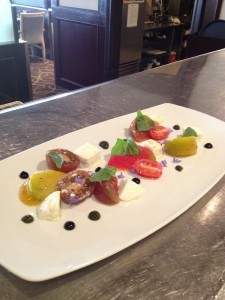 Everybody loves a Caprese Salad, take a regular Caprese and add the best tomatoes and suvee some of the tomatoes. 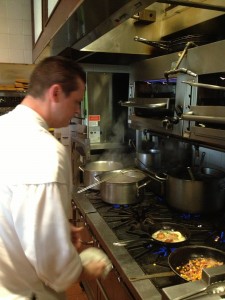 What is your Favourite Food to eat?

Pizza or a good burger. 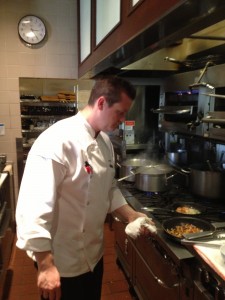 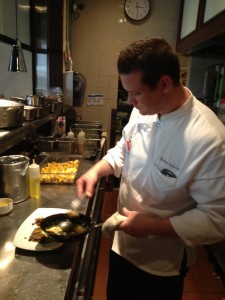 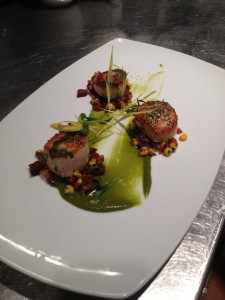 I love serving scallops with bacon or any type of pork. Took a Southern approach to it and made a corn succotash and fire roasted green pepper coulis. 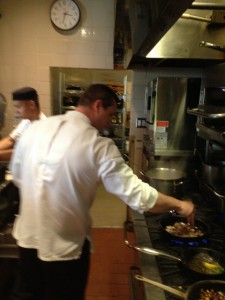 Where do you get your Creative inspiration? 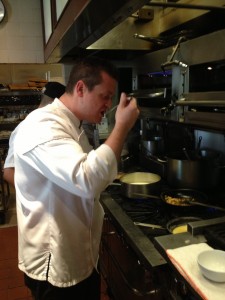 What is your Thought Process behind your Chefs Tasting Menus?

What is next for your Chefs Tasting Menus? 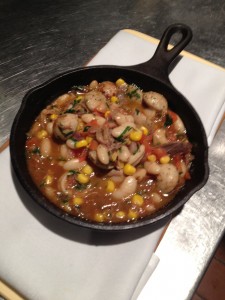 I love cassoulets and I love Oyama.

What could Vancouver do better on the food scene?