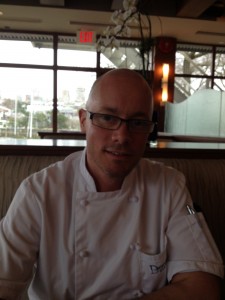 Did you always want to be a Chef ?

Always, when I was 4 years old I wanted to make cookies from scratch. Later on in my teenage years, I would take a part a kitchen and make dishes and make a big mess. 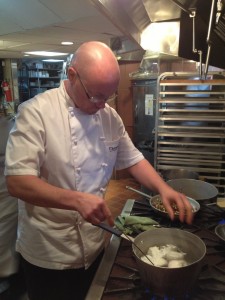 Did you go to Culinary school?

Yes I went to George Brown College in Toronto and while studying I also worked in Burlington at Collette’s on and off for 6 years, I had 4 jobs while going to school.

I was a Pastry Chef in Toronto, my first wife found her biological family here in Vancouver. I always wanted to go West, jumped on the opportunity and moved to Vancouver in 1996. 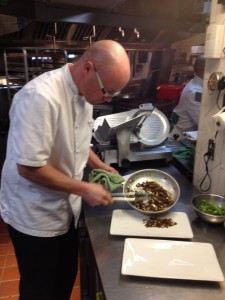 Tell me about one of your Crazy Experiences

I had a student at Dubrulle Culinary Arts who wanted to do a gingerbread house for the Hyatt Gingerbread Lane. We entered together on the Professional team and had 5 nights in the school restaurant kitchen to get it done. Built a stone old mill out of gingerbread, chocolate, sugar and pastiage, it looked very realistic we got 2nd place in the professional division and public choice.

Managing people is the hardest thing to do, figuring out how to motivate each person differently. So many variables change the direction along the way. 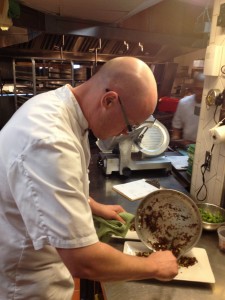 How many people do you have working in your kitchen at the Granville Island Hotel?

In the off season we have 15 people in the kitchen

I understand you just had a life altering experience, what happened?

Over the past 5 months I lost 72 pounds, changed all my eating habits, dropped all the processed foods, exercised, lost all cravings to healthy foods and have a new appreciation for food now. 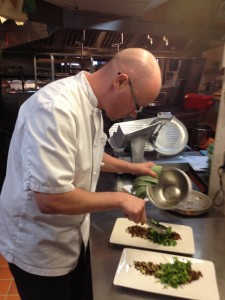 Has your personal food lifestyle changes for food changed your menu choices in your restaurant?

Yes I took off some of the heavier menu items and lightened it up which is much healthier.

What are your favourite dishes to make at home for the family?

Lots, I always invite people over. Last night I made a Heritage Beef Shortrib braised with red rice and kale in broth. 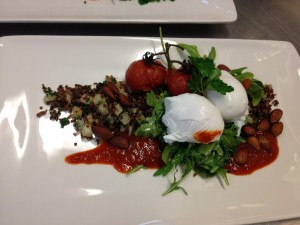 This is what I was eating at home. Lots of healthy grains, and colours on the plate.

Is there anything different about working in a hotel vs all the other types of places you have worked?

No, it’s all the same sort of systems and organization. 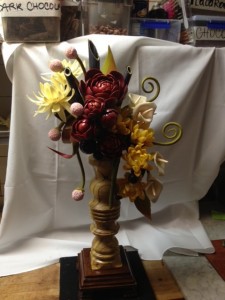 How did you end up working in Chocolate?

I read one book by Stephane Leroux “Matiere Chocolate” it is a two book set and I worked with Chef Tamas Ronyai at the Vancouver Club. The rest I did on my own. I have made two show pieces while here at this hotel.