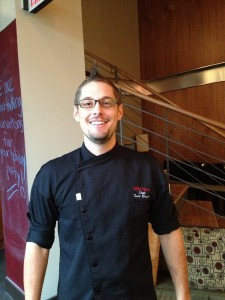 At 17, I began washing dishes while living in Queensland, Australia in a Chinese restaurant. Studied at the same time. Started cooking in the same restaurant cooking fried rice and then moved on to the wok stations. Dropped out of university and went to culinary school for half of the program. Moved to the UK, and worked outside of Oxford in a gastro pub – British cooking. Back to Australia worked in a fine dining restaurant for a year as Chef de Partie. I moved to Vancouver in 2007 and worked as a line cook at wild Rice. Then promoted to Sous Chef here then to Exec Chef. Then in November 2011, I became part owner of our New Westminster restaurant and Executive Chef of the whole company.

What challenges you to cook Chinese or Asian food?

It was the 1st cuisine I learned how to cook. Locally sourced and ethical is actually what is more important to me. Customer education is one of the biggest challenges. 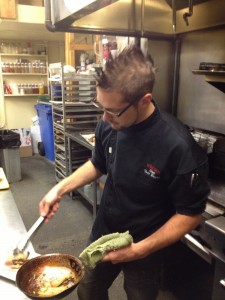 What was it like to be the only Caucasian chef competing in the Chinese Chef of the Year 2010?

It was kind of daunting and I didn’t know how I would be received by the Chinese community. I try to take traditional recipes with local ingredients and a twist to incorporate into my Modern Chinese Cuisine. I was watched like a hawk by all the chefs, tv cameras etc. When I started cooking using the woks and plated it, they all gave me a round of applause. It felt so great that they accepted me and my techniques.

Simple comfort food such as pasta or soups 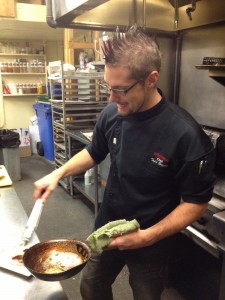 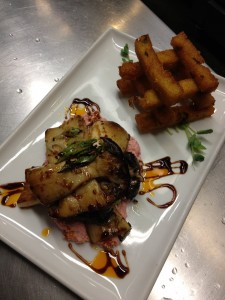 To create a dish that works on the palate, that is meat like but vegan. 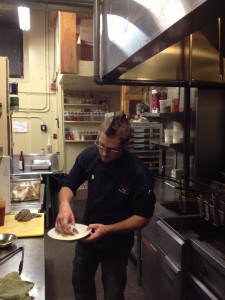 What did you want to be when growing up?

I wanted to be a police officer at a young age, then I was studying to go into that field. Once I started cooking I enjoyed it and went this route.

How do you feel when you are in the kitchen cooking at your restaurant?

It is exhilarating and scary at the same time. Here I am at the top level counting portions and ingredients on hand. Making decisions on the fly and doing it again while having a full restaurant out front. 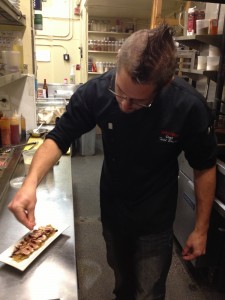 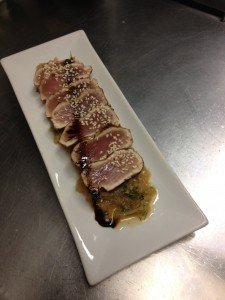 To use ginger shallot sauce as it is my favourite sauce and to lighten it up with a truly sustainable west coast ingredient. Mary the Asian and west coast seafood together. 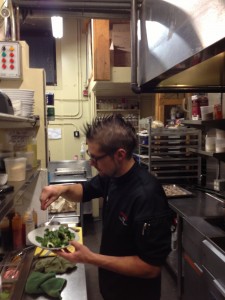 What are your favourite 5 Asian ingredients to cook with? 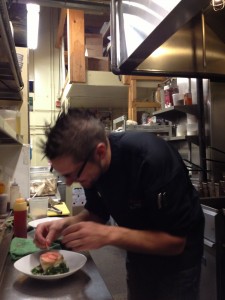 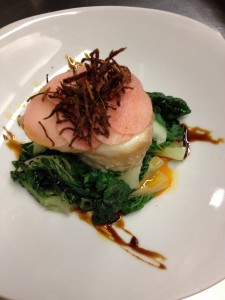 Instead of cooking a while steamed fish, this is a small version that is light, using the Asian ingredients, and it is sustainable.

I wanted to engage the community to come in the restaurant when it is closed and enjoy 4 courses with a different theme every month. Sit down for 4 courses with beer/wine pairings after the demo.

What are the most unusual ingredients you have used in your Chinese cooking?

What has driven your push to more vegan dishes on your menu?

The way our society thinks about meat, and the ethical side of things is an issue. I want people to enjoy vegan dishes in a meat eating restaurant.

What is your favourite beer to go with your Chinese dishes here?