For my twenty eighth brunch in this series, I was joined by Christian Sida-Valenzuela, Executive Director of the Vancouver Latin American Film Festival at Q4 Restaurant in Kitsilano talking about Films, Food and more! 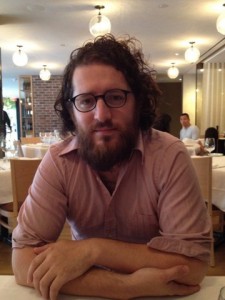 Originally from Mexico, Christian Sida-Valenzuela moved to Vancouver in 2000. He has been involved with VLAFF for over four years and for the past two years has been the Director of Programming.

In 2005, he was one of the founders and the chief editor of the Spanish newspaper La Vanguardia de Vancouver. He has written film reviews for Milenio and El Siglo and has been a regular contributor to Co-op Radio programs. In 2008 and 2009 he programmed a series of Latin American films for the Festival Ricardo Castro in Durango, Mexico; in 2010 he worked as a festival consultant at the Durango Film Festival of Mexican Cinema. In 2009 he was selected by the United States Government to participate in the International Visitors Leadership Program. Christian also worked with the Latin American Film Week at the University of Victoria as the head programmer.

Have you always had an interest in films? And what piqued your interest?

I studied journalism in Mexico, then I came to Canada and foundered a Spanish newspaper in Vancouver that didn’t work. I got a job working for Radio Canada, got into films by attending films. I then worked in Victoria, Mexico and then back in Vancouver with the Vancouver Latin American Film Festival.

How did you end up becoming the director of the Vancouver Latin American Film Festival?

The last Director left, and I was offered the position.

How long have you been involved with film festivals in general?

How has the film selection changed with the festival over the years since you began as the director of the festival?

It used to only be a showcase, we changed it to be a competitive festival starting with last years festival. Now there are competitions such as the Youth Jury Award, and new this year are cash awards.

Have there been any surprises good and bad over the years with films that you have shown in the festival? And if so tell us both the good and bad?

Some films we have shown have been controversial, we try to warn the audience with a proper synopsis.

If you could estimate the number of films you have seen how many would that number be?

A couple of thousand.

What do you look for when selecting films into your Vancouver Latin American Film Festival?

If you could tell me about 3 of your favourite Latin American films of all time which ones would those be?

2)    Memories of Underdevelopment – from Cuba

Is there an actor or director or two that you have wanted to bring to Vancouver for the Festival and have yet to do so?

Where was your most recent film trips?

What other Latin American Film Festivals have you visited over the past year?

How did you get involved as one of the cooks at this years Joy of Feeding event that I attended on June 10 at UBC Farm?

Meeru Dhalwala saw an interview of me in the Georgia Straight last year, she hunted me down through Facebook, and asked me if I could cook. 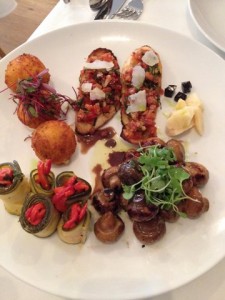 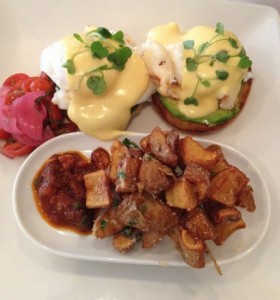 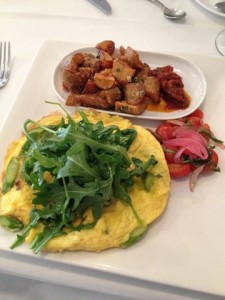 Christian and Richard shared some Antipasti, then Christian had the Lobster Avocado Benny and a coffee; Richard had the Frittata with Asparagus, tomato, white truffle and asiago.

How far in advance do you plan your festival?

How many film submissions do you receive  for the festival?

300 – for only the competitions, documentary, short films and the 1st time directors narratives

Tell me about the 2012 Vancouver Latin American Film Festival, what are some of the highlights that we should know?

2)    Andrew Duprat –retrospective of his work, coming from Argentina

Has Social Media played a significant role in the Vancouver Latin American Film Festival yet? And if not, how do you plan to embrace it into the future?

1)    Going to the Trinidad and Tobago Film Festivals

3)    We have monthly screenings at the Cinemateque, for Sept, Oct & Nov they will be moving to SFU Woodward’s .

Ryan Storey and his Cocktails