The Vancouver Foodster Poutine Challenge features 29 poutine’s in 29 participating restaurants around Vancouver, North Vancouver and Richmond thru April 30, 2012. The public are then invited to VOTE for their Favourite Poutine’s that they have tried between April 30-May 6th. The restaurant that gets the highest number of votes wins bragging rights as the best Poutine in Vancouver!

We are now launching a contest to give you a chance to win some prizes while participating in our Poutine Challenge. Make no mistake this is not a poutine eating contest where you have to finish the last fry, this is a contest where you have to order and try the poutine dish at as many of the participating restaurants within the 7 day period (April 23-30, 2012). The person who tries the highest number of poutine’s from the 29 participating restaurants during the 7 day period wins the Grand Prize.

GRAND PRIZE: The Westin Grand Hotel – a 1-night stay in a Deluxe One Bedroom Suite awarded to the 1st place winner. (Valued at $300) 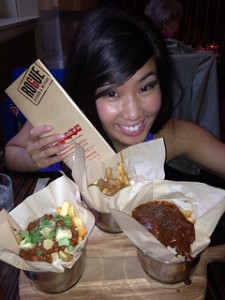 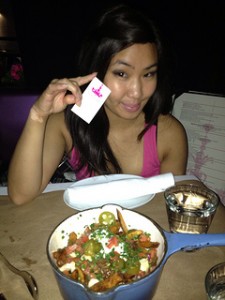 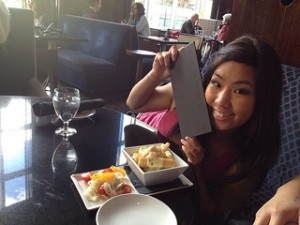 You are invited to enter the poutine contest of poutines that you try within a 7 day period (April 23-30, 2012) and you must provide twitpics or photos of you holding or eating the poutine with a sign, menu or business card of each restaurant in the photo as proof.

The person who has tried the highest number of poutine’s within the 7 days wins the grand prize hotel stay.

1)    Email your entry to editor@vancouverfoodster.com which must include your full name, email address, twitter address (if applicable), name of each poutine and restaurant name (s) along with jpeg photos of you with each of the poutine’s, at each of the participating restaurants.

Email your entry to editor@vancouverfoodster.com  which must include your full name, email address, twitter address (if applicable), name of poutine and restaurant name along with a YouTube video link that shows a video of you with each of the poutine’s, at each of the participating restaurants.

2) Comment below and tell us that you submitted your entry to the contest.

Brunch with Robyn Wiener at The District