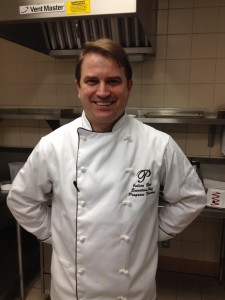 Born and raised in England, his interests in becoming a chef began when he was outside Barnsley, South Yorkshire in England. Back in high school he was interested in cooking, his mom always loved food and fed a family of 5 boys who always ate at home together. He went to culinary school every day until they let him in (they weren’t allowed to attend culinary school without finishing home economics in high school). Julian went for almost 12 weeks until they let him in. At 16, he had a part time job bussing. The culinary school finally let him in and he did that for 2-1/2 years in the full time program. He then went to Edinburgh to work Christmas, the next year he went to France.

Julian graduated and travelled to Northern England – Lake district. He then worked at Michelin Star – The Bell in (located just outside of London). Then moved to another Michelin Star – Nidd Hall. Worked in Guilford (outside of London) at JeanAlexander Catering Co. catering to Livery Halls of London. Did all the Royal Family cooking – everything had to be made from scratch – Roast beef on a sterling silver platter. He was 21 years old while working at the catering company.

He was brought to Canada by CP Hotels (he was interviewed and then picked a draw in a hat to pick the property in Canada and got Kanaskis) and had 3 months to get there. He did 1 year in Canada and then returned to England, then got papers to go to Vancouver. His first job was in Port Moody, then in 1995 he became part of the opening team of Star Anise restaurant where he soon became Executive Chef and Co-Owner.  Five years later he moved onto design and opened the kitchens of Oritalia in the Sheraton Le Soleil.

He then got a call from his friend Adam Busby at Dubrulle International Culinary & Hotel Institute of Canada to teach a class on lamb to 30 students. He was then offered to become the Executive Chef & Director of Culinary Programs at Dubrulle and did that for 2 years.  Dubrulle International Culinary & Hotel Institute of Canada later taken under the umbrella of the Arts Institute of Vancouver as Ai Dubrulle International Culinary Arts. Built the downtown campus of AI in Vancouver. He was there for 2 years and left in 2005. Julian was then offered a job at Cactus Club as their Executive Chef. After 2 years at Cactus Club he quit to spend some time with his family. He then consulted at Salmon House on the Hill Restaurant, got a call from Sue Singer to come and run her school at Pacific Institute of Culinary Arts, where he currently resides as the Executive Chef, Vice President & Chief Operating Officer. 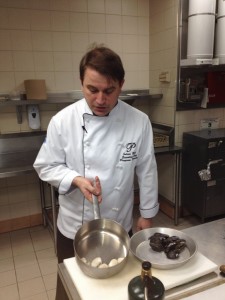 Cauliflower gratin and I love eggs everything. 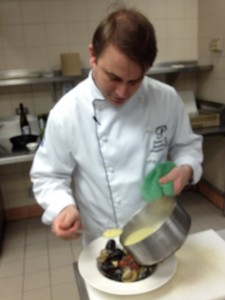 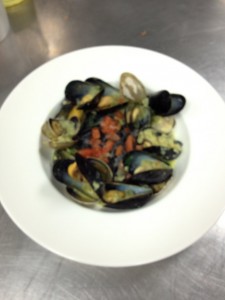 Sauce –base of coconut milk

Doing seafood and it must be sustainable. 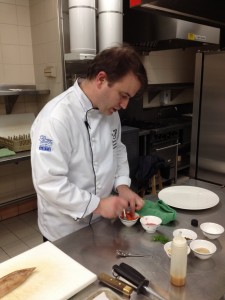 What is the secret to cooking mussels?

Toss them up and down if they are open don`t cook them.

What is your favourite restaurant to eat at outside of Vancouver ? 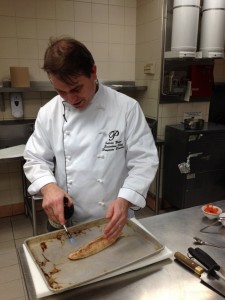 What challenges you to run this school?

I want to do absolutely everything, the students have to earn their education, I have to make sure everything is in place and superior.

What ingredient did you buy last year? 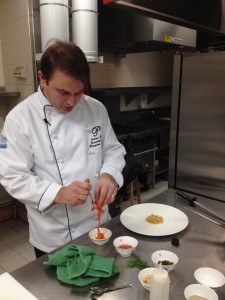 What type of pepper do you prefer to use in your cooking? 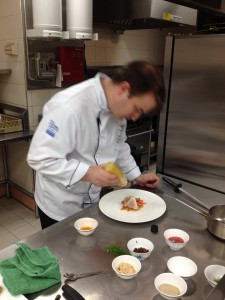 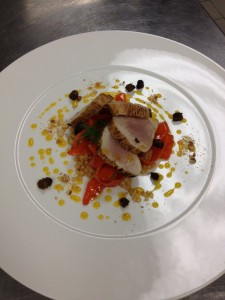 What is the Admission Process at the school?

What do you want your students to learn? 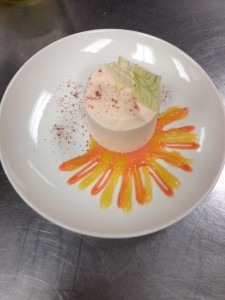 The students created and it was one of the most popular desserts during dine out.

How do you know what to do next in the great things you do in the culinary school?

End of the semester the students get a feedback form and they submit it to us.

What is next for you here?

About to renovate the basic kitchen, everything else is all good for now.