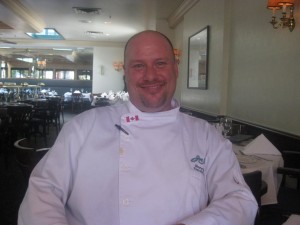 I spent a few hours recently with Chef Wayne Sych at Joe Fortes Seafood & Chop House. I met Wayne over a year ago when I took a cooking class he was teaching at Well Seasoned.

At 15, Wayne got his first job as a dishwasher at the ABC Family Restaurant in Langley that was in 1985. After 8 months he was then bussing tables and by the time he was 16 years old he was working in the kitchen as a cook. The restaurant was in a hotel and he was on the line cooking during Expo 86, he then spent the next 10 years working in the kitchen in a variety of restaurants. While working he also attended Dubrulle Culinary School. He became the Sous Chef at La Masia in Langley for a year, he then joined the Fish House in 1997 as the Exec Sous Chef, took a little break and then returned to the Fish House. Soon after he was offered the job as the Executive Chef at then sister restaurant The Cannery. A couple of years later when The Cannery closed he decided to take a break from restaurants and taught cooking classes all over the Greater Vancouver area almost nightly for a year, in February 2011 he was offered the Executive Chef position at Joe Fortes Seafood & Chop House. 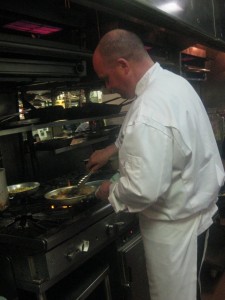 How Many Cooks are in the kitchen at Joe Fortes Seafood & Chop House?

How many Sous Chefs do you have working with you? 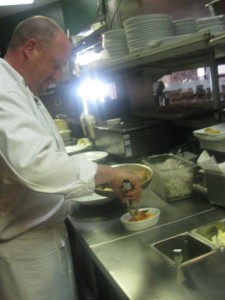 Have you ever thought of doing a Cookbook?

Not really, well maybe, but not now, possibly in the future. 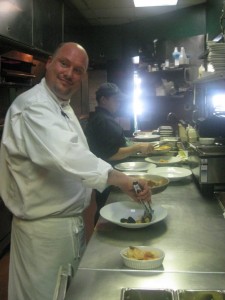 Where do you get inspiration to create new dishes?

I see dishes while travelling and think how I can do my take with the that dish.

What is Menu Engineering?

Driving % of sales for certain products that are seasonal or what ever. For example our chefs creation, when you have a big volume like us we need to have smooth operations in the kitchen. 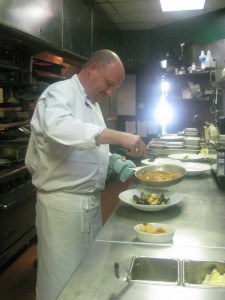 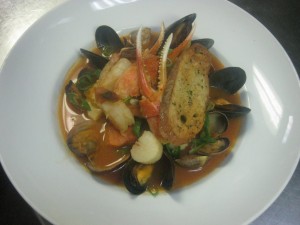 In a seafood restaurant, it is a necessity to have on the menu, and well I like this kind of food. 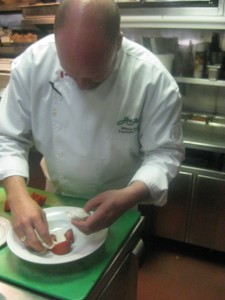 I heard you wanted to implement a fresh sheet at Joe Fortes, were you successful?

Yes a week ago we launched a fresh sheet with 10-12 items.

Which items are on the Fresh Sheet? 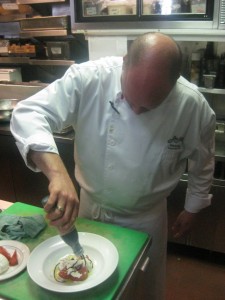 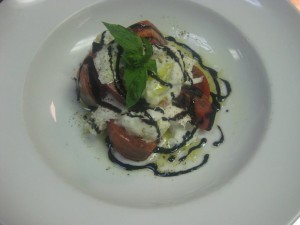 I love fresh mozzarella, heirloom tomatoes and they are in season now.

Who Cooks at Home?

Me and my wife

Tell me about your Fried String Onions!

After I joined Joe Fortes, I added these to the menu to garnish all our steak dishes, thin sliced Spanish white onions dredged in tempura flour and seasoned and then fried. 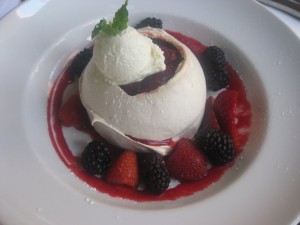 Well it was our Pastry Chef that thought of this dessert utilizing the seasonal berries.

I hear you are a collector, what types of things do you collect?

What do you want to next at Joe Fortes?