On Tuesday Feb 8th I attended this celebration of the 2010 Olympics held inside the kitchen at the Four Seasons Vancouver Hotel. 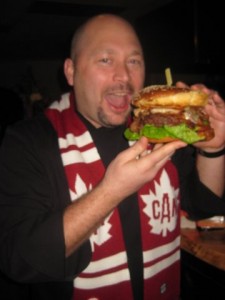 I tasted many items from the Olympics menu which is being featured again in their YEW Restaurant for the month of February 2011. 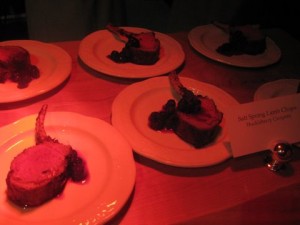 My favourite savoury item (shown above) was the Salt Spring Lamb Chops. 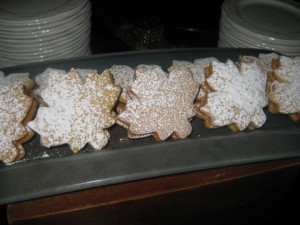 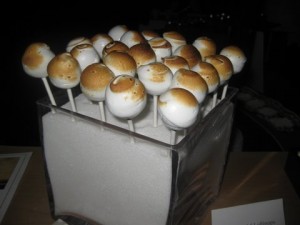 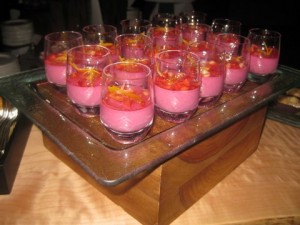 I tasted all the desserts as I often do and all were good, my favourites were the Caramel Milk Chocolate Truffle Lollipops, Maple Leaf Cookies and the Raspberry Parfaits.

YEW is featuring an edible Olympic-inspired feature. YEW Restaurant and Bar is located in the Four Seasons Hotel at 791 West Georgia Street.

The Science of Sexy Food Feb 24