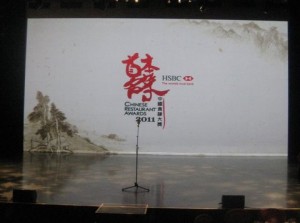 This years awards presentation was stepped up from last year and I was happy to see the River Rock Hotel host such a nice award ceremony. At the reception we dined on some of the winners dishes, I especially enjoyed the Jade Dumplings and the Mushroom Tarts. The panel of 12 professional chefs and food writers who ‘stepped up to the plate’ literally had ‘their plates full’ from summer through mid-December as they tasted the best signature dishes to be found amongst Metro’s nearly 500 Chinese restaurants. Ballots were submitted to auditors PricewaterhouseCoopers with the results being unveiled at an ‘Oscars-style’ Awards Ceremony at the River Rock Show Theatre, emceed by Breakfast TV’s Dawn Chubai and ONMI TV’s Johann Chang, held on January 18th in Richmond. 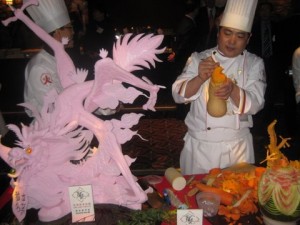 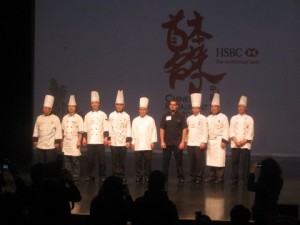 In his remarks, Mr. Stowe announced today that the Chinese Restaurant Awards have formed an alliance with the World Association of Chinese Cuisine (WACC). Initiated by China Cuisine Association in 1991, the WACC is recognized by the government of China and headquartered in Beijing. It is a worldwide organization whose goal is the promotion of Chinese cuisine, with member chapters round the globe. CRA will work with WACC to advance Chinese culinary exchanges between China and North America, expand the awareness of Chinese Restaurant Awards’ winning restaurants and chefs, and promote Chinese culinary tourism.

Click here for the winners of the HSBC Chinese Restaurant Awards.