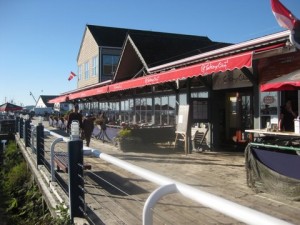 On September 30, I dined at three different restaurants in Steveston with a group of media to taste a variety of different seafood dishes as well as a few others at some notable restaurants. This Steveston Village tour was organized by Tourism Richmond to showcase some of the area’s finest eateries! 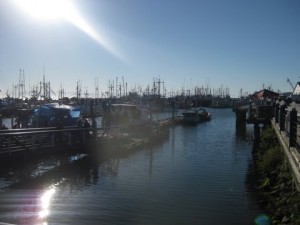 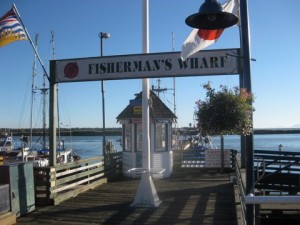 We started off at Steveston’s Fisherman’s Wharf where Frank Keitsch of Organic Ocean talked about the history of Steveston. He walked us around the Public Fish Sales Float and told us about the fishermen and about his company Organic Ocean and their sustainable harvesting practices, they supply many of the restaurants around Vancouver with sustainable fish and prawns. 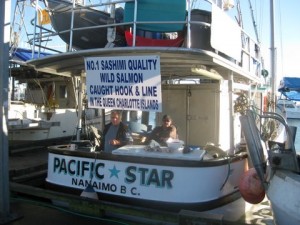 Walked to the first restaurant, Tapenade Bistro 3711 Bayview St, Richmond, 604-275-5188 where Vince (owner) welcomed all of us along with Chef Alex Tung, both of whom I have met before when I dined at Tapenade. 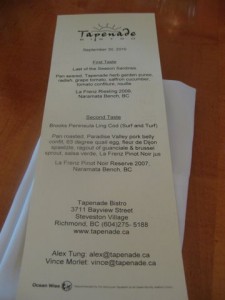 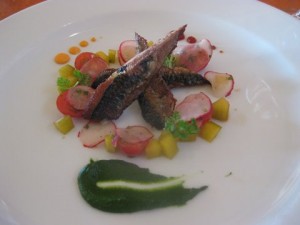 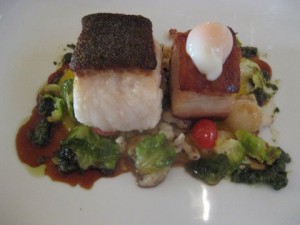 The next restaurant was Dave’s Fish & Chips 3460 Moncton Street, Richmond, 604-271-7555 this family owned restaurant has been around for over 32 years and is an institution for fish and chips. 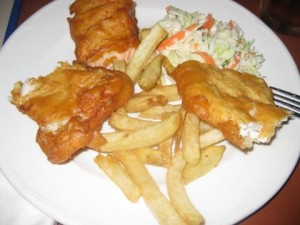 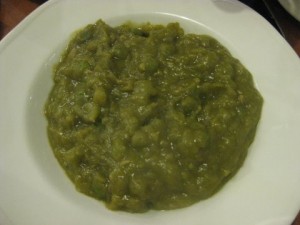 I tried the Salmon, Halibut and Cod battered fish along with the fries that were made with Kennebec potatoes, loved the coleslaw too. Also had some of their Mushy Peas which is a British favourite that has found its way on to their menu.

And the last restaurant was the Blue Canoe #140 – 3866 Bayview Street, Richmond, 604-275-7811 located on the wharf. I loved this place, perhaps it was the dining room with the big wooden canoe hanging from the ceiling or the great view of the marina. The food is intriguing, first of all they have one of the largest beer menus I have seen outside of downtown Vancouver with over 30 different types of beer, have an extensive wine list as well. We were served a selection of beers along with several dishes that showcased their seafood selections. 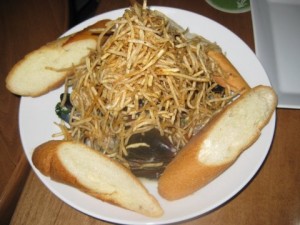 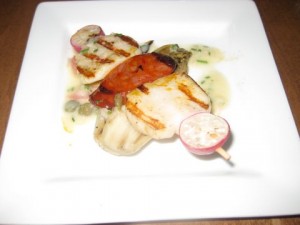 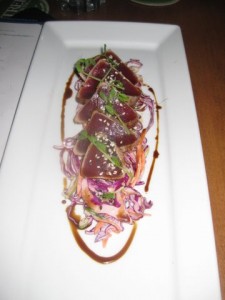 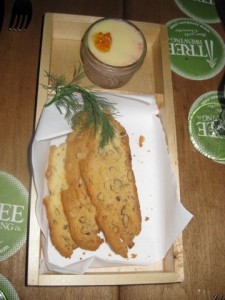 Local Salmon in a Jar

The first dish was the Prawn Toast and it was toasted with a layer of prawn paste and sesame seeds with a sweet honey dip and it was ever so yum!  The next dish which I probably wouldn’t have ordered if I had been doing the ordering was delicious Mussels, Clams and topped with Haystack Fries done canoe style – with white wine, garlic, fresh lemon, chives, bacon, stilton cheese. The next dish was the Grilled Scallop Salad, a skewer of Scallops, salad of endive, radish, chorizo and caper cream dressing. I skipped on the Oysters and went straight into the next dish which was the Seared Ginger Soy Ahi Tuna in a citrus soy marinade with a sesame slaw salad and on to the last dish which was one of my favourites the Local Salmon in a Jar,  house smoked red spring and poached sockeye. yogurt, dill, with almond biscuits for spreading.

There are a lot of restaurants in Steveston Village, many are seafood oriented and worth discovery!

Contest: Win a copy of “In A Pinch”