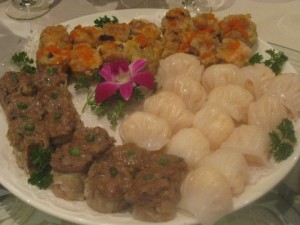 These Awards celebrate that excellence!

For the Critics’ Choice Signature Dish Awards, the judging panel is comprised of 11 restaurant professionals and journalists who possess a strong knowledge of Chinese cuisine. “They have to understand the cooking methods, history and traditions of Chinese food,” says Judging Panel Chair, Stephan Wong. “This is really important. It creates a level judging field where they all share the same criteria.” Upon joining the panel, each judge receives a directory of the more than 400 Chinese restaurants in Metro Vancouver. By mid September, they have submitted three to five nominees for each category. Then all the judges go out and taste each other’s recommendations. This goes on through November and December, when they meet to vote on the 24 Gold Signature Dish winners as well as name a Chinese Chef of the Year and a Best Wine and Spirit Service Award. The Chef of the Year will be awarded for the first time this year.

With more than 600 Chinese chefs in Metro Vancouver, how is one chosen for Chinese Chef of the Year? This year the HSBC Chinese Restaurant Awards is pleased to welcome three professional organizations to the judging panel: Canadian Dim Sum Chefs Association, Chinese Canadian Chefs Association and Hong Kong Canadian Chinese Chefs Club. These three organizations will spearhead the search for Chinese Chef of the Year through a series of competitions – the final competition taking place on the same day as the Awards Ceremony. Watch the CRA web site for more details as they are announced.

All winners will be announced at an Awards Ceremony to be held on January 18, 2011.

The public is encouraged to start dining and cast their votes.

Thanksgiving Dining Out or Dining In