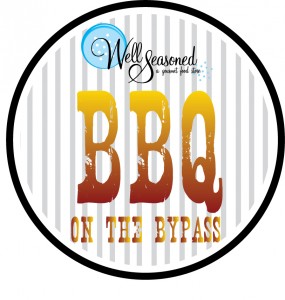 The countdown to Metro Vancouver’s hottest BBQ competition is officially on. With just one week to go until the fifth annual BBQ On The Bypass on Sunday, September 19th, get ready for the biggest and best event yet.

New this year is the Great B.C. Bake Off, an amateur pie and tart baking competition; an expanded concession area; and a “Mini Pitmasters” tent with activities for young children. The event will be co-emceed by bestselling cookbook author and international BBQ champion, Rockin’ Ronnie Shewchuk and B.C.’s BBQ Queen, owner of Well Seasoned and the event’s organizer, Angie Quaale.  The esteemed panel of certified judges will include Food Network celebrity chef, Anthony Sedlak and City of Langley Mayor Peter Fassbender. Competitors range from the star of the TV show BBQ Pitmasters, Harry Soo; Brian Misko from House of Q; and last year’s reigning champs Sugar’s BBQ from Portland, Oregon. Returning again this year is Langley blues rock band, OS5, and as always, the event will offer lots of free barbeque samples throughout the day as teams turn in their meats for judging.

Approximately 30 teams are expected to compete at this year’s event including House of Q, Land Shark and Rub My Butt from Surrey; Mad Cow, The Porkaholics and Helluva Q from Langley; Whistler’s BBQ Bob & the Eh Team; Team 58 and The Wicked Q & the Meat Whispers from Vancouver Island; and Cock n Bull, Lynn Valley Butts, Smoke N Bones BBQ and Bad Ass BBQ from North Vancouver and many more. For the full list of team members visit the BBQ On The Bypass website.

The BBQ On The Bypass is a not-for-profit event designed to introduce more people to “real BBQ” while providing competitive teams with an opportunity to hone their skills. As an internationally sanctioned cook off, the BBQ on the Bypass brings world class competitive teams from across Western Canada and the U.S. to Langley for Greater Vancouver’s biggest BBQ competition. Teams will start cooking at 7:00 pm on the evening of Saturday, September 18th and turn in their entries to be judged every hour on the hour after 11:00 am on Sunday, September 19th.  The winners will be announced at approximately 5:00 p.m.

The BBQ on the Bypass will take place in the Well Seasoned parking lot located at 20771 Langley Bypass in Langley. For event information, visit www.bbqonthebypass.com.