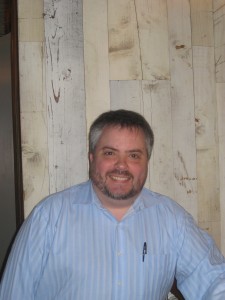 Liquor Laws, staffing, getting a head start on trends before they hit (assuming that they fit your business) food critics (everybody is one these days)…I could go on and on, lets just say that there are easier ways to make a living.

It is always a challenge. The quality of your kitchen staff is obviously one of the major components to having a successful food program. The greatest difficulty is finding staff that are as good as they think they are…and when you find them, you hang on for dear life!

You opened your first Vancouver restaurant in Gastown, what is it that has lead you to grow your organization within a miles radius or so? And why haven’t you ventured into opening restaurants in other areas of the city?

I like being able to walk from one operation to another, putting out fires as I go. This is impossible when you are spread out across the city. I did open a restaurant in Yaletown once, (Lucky Diner) but it failed, I still get the nightmares. I suppose that I have stayed in DTES because I feel most at home here!

Did you ever expect that your Irish Heather Long Table Series would have become so successful? And what was your inspiration behind creating this outstanding series of dinners with a beer at such an economical price?

Well, you always have an expectation that a new project would become wildly successful, but I’m not sure that I really believed it about the LTS. Vancouverites are very slow to sit at a table with complete strangers, and even to this day people book for the Long table and then wonder why they are sitting beside a person that they don’t know. So it was a gamble but it has sure paid off.

When growing up in Limerick, Ireland did you ever envision yourself as a leader in the restaurant industry?

Jesus, I don’t really see myself as a leader, but thanks for the compliment. I’m just doing what I have to do to survive in this industry, If occasionally, some of the things that I do are original or have yet to be seen in Vancouver….it’s probably just dumb luck…even a blind pig finds an acorn every now and again!!

I imagine over the years you have had many good and bad experiences in your job, Tell us about two or three of the most interesting experiences.

There are too many of each to really get into it and because of the nature of these things it looses a bit in the telling, however we’ve had Chris Carter write episodes of the X-Files in the Heather, Kenneth Brannagh recite Shakespeare, Vinnie Jones entertain his mother-in-law, U2 drink whiskey, Will Ferrell eat an Irish Breakfast, Roddy Doyle read from his book, etc I met my wife at the Heather, as have many others met their wives/husbands. We’ve had countless weddings, christenings and wakes, and a couple of divorces too.

On the bad experience side, we’ve had the usual number of incidents that one would expect for a popular business with a lifespan of 14 years. I.e. sex in the washrooms, couples publicly fighting (including one famous chef whose marriage pretty much ended over a pint of Kilkenny and a bowl of soup, that he ended up wearing and neither ending up paying for. In the early days we had a constant battle with drug dealers who resented the increased (non-drug) traffic to their hood. On more than a few occasions things got heated as we staked our claim to our part of Carrall Street. As I said, I could go on and on.

What are the top 3 Whisk(e)y (your favourites) would we find in your home Whisk(e)y collection?

Write a business plan…even if you have the funds secured. It will force you to treat this with the respect that it deserves, focus you on the bottom line and hopefully scare the shit out of you. If you are still hell bent on opening a restaurant, then at least you are doing so with your eyes open.

You have just opened your first restaurant in Chinatown, the “Everything Café” what lead you to foraying into this area? and what type of dining experience do you want your customers to have here?

Chinatown is the last refuge for affordable rent left in the city. There are great opportunities here if you know what to look for and how to avail of it. But most importantly, Chinatown is a wonderfully unique and rich in heritage that way that a Yaletown can never be. The heritage and history of Chinatown draws me in, like a moth to a light, but hopefully with better result (moth always dies).

We have just received the building permit for our bakery/dessert shop that will be located in the corner units on the Pennsylvania Hotel (Carrall and Hastings) and after that we are working on a butcher shop/beer tavern…sounds strange? You should see my inside my head……