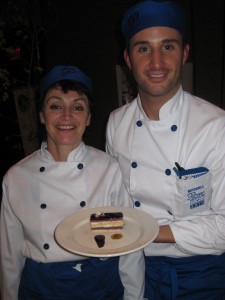 Pacific Institute of Culinary Arts and their Dessert

On March 17th I attended the 11th annual Healthy Chefs Competition held at the Hyatt Regency. This was the first time that I had attended this event and had no idea how the successful evening was going to unfold. Guests mingled about enjoying appetizers and drinks while bidding on silent auction items and previewing each of the restaurants food displays and menus for the evening. Before Dinner began, everyone at the table received an envelope with 2 cards inside for one entrée and one dessert. My friend and I had our cards but managed to sweet talk some of the chefs in giving us extra dishes so that we could taste them to see which were the best, we then went about tasting the various entrees and desserts. 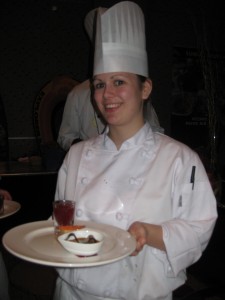 Executive Plaza Hotel and their Dessert

Over the past month, lower mainland based culinary schools, hotels and restaurants have been pondering how to incorporate an insane amount of produce into their entrées while impressing the judges with their use of colour, taste, texture, temperature and creativity.  New this year is the Healthy Plate Award where one of the competing establishments will receive a generous monetary prize based on how they use fresh produce. 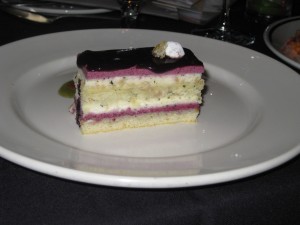 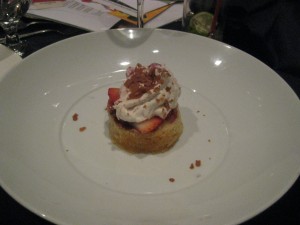 Upside-down Strawberry Cake from the Hyatt 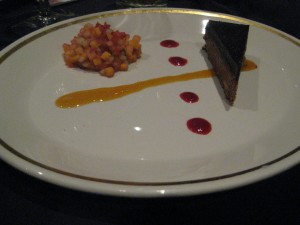 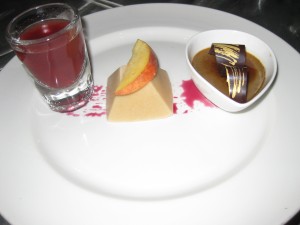 Healthy Chef Competition Award for Best Dessert was accepted by Chef Julian Bond on behalf of his students from the Pacific Institute of Culinary Arts. The winning creation was a Blueberry & Lemon-Basil Mousse Cake.

Chef Donald Gyurkovits of The International Culinary School at the Arts Institute of Vancouver and his hard-working team took home the Best Table Showcase and the Peoples Choice Award.