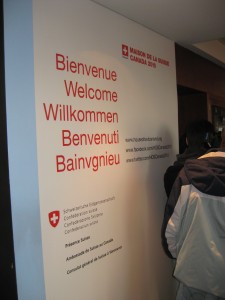 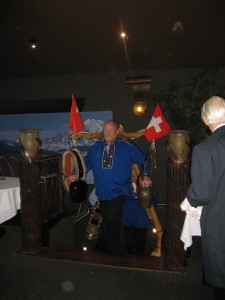 The Alphorn-Players from St. Moritz played Swiss music and people were having fun! A selection of Swiss food specialties were served to the Media and VIP invited guests upstairs while hundreds of locals and visitors packed the downstairs for this great opening party. 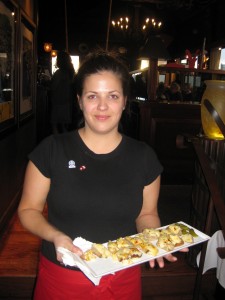 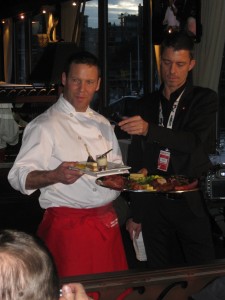 The tradition of a Swiss guest centre dates back to 1998, when the House of Switzerland celebrated its inaugural event at the Winter Olympic Games in Nagano, Japan. The House of Switzerland is project managed by Presence Switzerland, part of the Swiss Federal Department of Foreign Affairs, and acts as a meeting point and social hub for the Swiss Olympic team, its sponsors, and partners. It is also used for receptions, media conferences, client events, and medal celebrations.  It is one of the few national guest centres at the Olympic Games open to the public, and is intended for a wide local and international audience. The House of Switzerland was conceived as a public-private partnership project and is designed to facilitate close collaboration between official partners and sponsors from the Swiss private sector.

Many events will be held here over the next few weeks including breakfast, lunch and dinner available in the restaurant. Come down for a visit and enjoy some of their Swiss Hospitality and food and drink specialties.