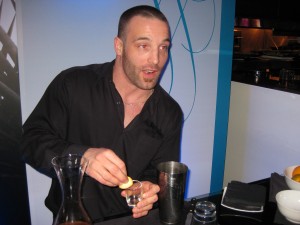 The Don Julio ‘Height of Craftmanship’ event hosted by Goldfish Pacific Kitchen in Yaletown on November 16 was a great success and a lot of fun. There were stations scattered about the room which offered up Luxury Drops of 3 signature tequilas Blanco, Repasado and Anejo along with the bar featuring a couple of cocktails made with the Don Julio Tequilas. Goldfish chefs had a spectacular set-up of delicious seafood, duck, beef appetizers to pair up with the Tequilas of choice. 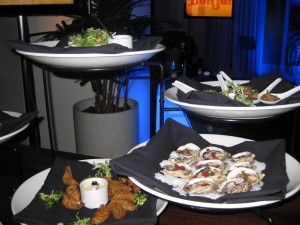 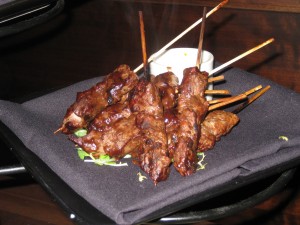 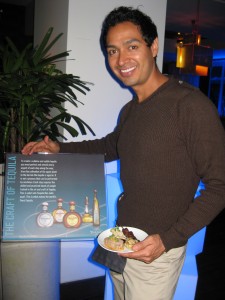 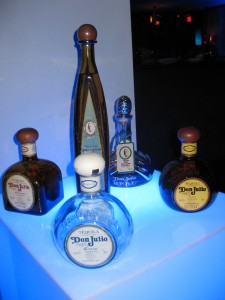 I had the opportunity to meet Brian Van Flandern who is the Global Ambassador for Don Julio. World renowned Michelin Three-star mixologist Brian Van Flandern has been a professional bartender in New York City for over 18 years. In 2004 Brian helped open Chef Thomas Keller’s now famous restaurant PER SE as the head mixologist. Applying Chef Keller’s philosophy of flavor profiling to cocktails taught Brian to create well-balanced food friendly cocktails. His recreation of the classic Gin and Tonic (he makes his own tonic water with quinine powder imported from Brazil) has garnered national attention.In 2008 Tanqueray Ten Gin named Brian one of the top ten bartenders in the world and was hired as Diageo’s first ever Global Tequila Ambassador. And in 2009 Travel and Leisure Magazine named Brian one the Top Ten Hotel Bartenders in the World. 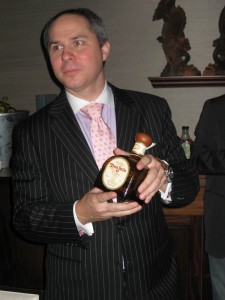 A group of us had the opportunity to hear Brian tell us about the company and the Tequilas that are produced, we were able to taste the 1942 which as a bottle would sell for about $144 CAD. Don Julio established the first tequila distillery in 1942 and to commemorate that very special year, they have created Don Julio 1942 a unique and limited edition. Its golden line and perfect clarity is appealing and a testament to its purity. The aroma is sweet and ripe with layers of agave and notes of ripe apple and oak. The taste is smooth, rich and clean with oak and vanilla finish. Don Julio 1942 will appeal to both connoisseurs and collectors of fine tequila. 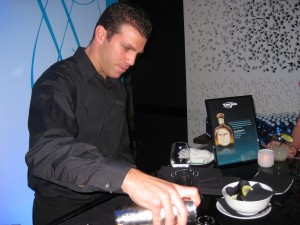 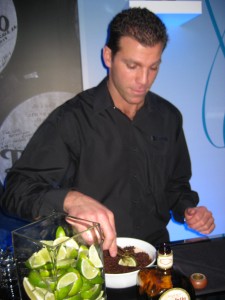 Goldfish Pacific Kitchen is located at 1118 Mainland Street in Yaletown.