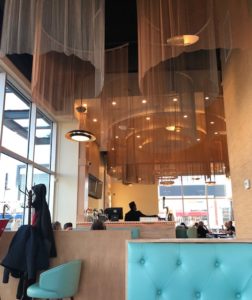 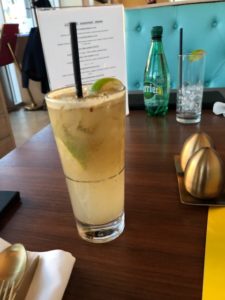 Specializing in traditional Indian fare that’s turned up a notch, Chef Jatin Sharma has created a wonderful menu of dishes where the presentation stands out. Opening just 5 or so months ago in Morgan Crossing, the restaurant’s décor is both vibrant and welcoming. In addition to wine, beer and a full cocktail list, they also feature a selection of zero proof drinks including this unique Masala Lime Soda that I started off this dining adventure. 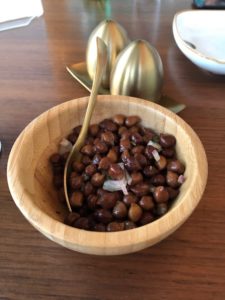 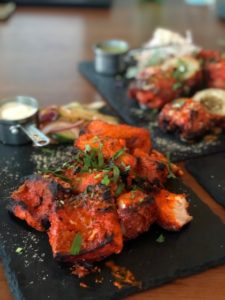 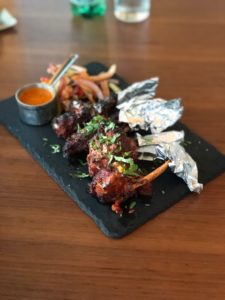 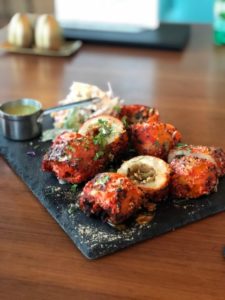 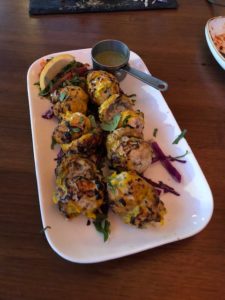 Each table is served Bengal Gram (complimentary snack), we then went on to enjoy a selection of dishes including the delicious Salmon Tikka served with mint chutney; along with the outstanding Tandoori Lamb Chaap with a tasty sauce; and the Aloo Nazakati, a unique dish that I never had before until now, Crispy potato shells stuffed with cottage cheese, marinated with spices and cooked in the clay oven and I loved it; next was the equally delicious Shabnam Ke Moti, stuffed mushrooms marinated in yogurt, garlic and indian spices and cooked in the clay oven. 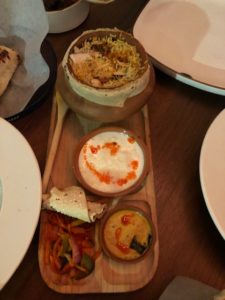 While dining I discovered that they were featuring their own Biryani Festival which was on for almost a month and featured 13 different Biryani on a special feature menu. We had the Andra Coconut Biryani; a delicious layered Biryani with chicken marinated with secret spice blend with fresh coconut and coconut cream layered with coconut perfumed basmati rice served with coconut raita and Salan. I wish we had room to order more of their different Biryani dishes as many looked amazing. 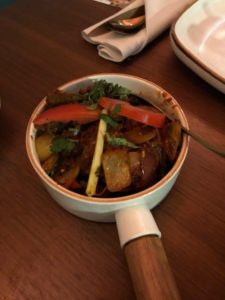 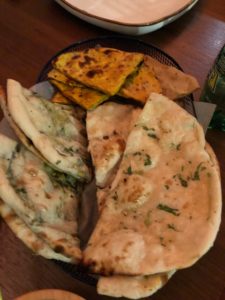 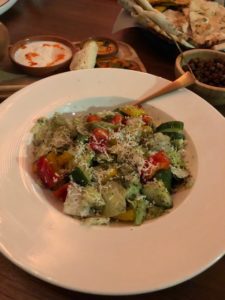 On to the next dish, the delicious Okra Masala with fresh okra stir-fried with onion, garlic, ginger and indian spices; we also enjoyed their Breads Basket (a selection of plain naan, roti, garlic naan, and missi roti (chickpea), spinach naan); along with a Cucumber Salad with diced cucumber, tomatoes, green peppers, and lettuce tossed in their special house dressing. 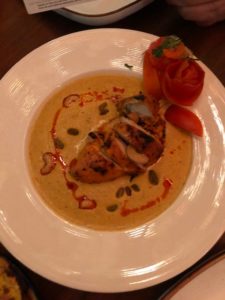 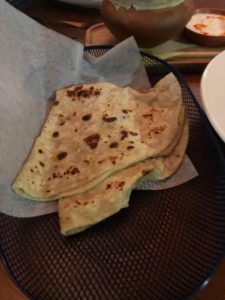 The Mughlai Chicken Sensation was a feature curry on for a limited time though I believe it should be added to their permanent menu; chicken breast stuffed with mince lamb and dried fruits like cashews, almonds, raisins cooked in the tandoor clay oven and sauce made with a delicious rich creamy sauce with brown fried onion and cashew paste. To go with the special curry creation, we ordered their Rumali Roti (special thin roti which is light and fluffy, it’s not on their menu so you will need to ask for it) Rumali Roti also called Manda is a thin flatbread originating from the Indian subcontinent, popular in India and in Punjab, Pakistan. The word rumal means handkerchief in many north Indian languages, and the name rumali roti means handkerchief bread. 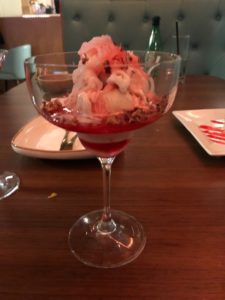 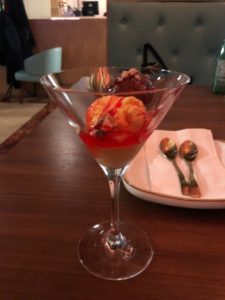 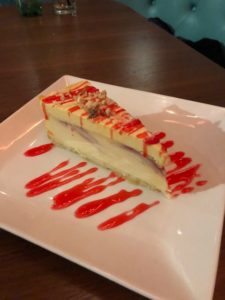 No meal is complete without dessert and they have a large selection of desserts available, we tried three of them. My favourite was the Faluda Ice-cream which is made with ice cream, rose syrup and shredded coconut; I also loved the Naram Garam (gulab jamun and mango ice cream; we also had the Mango Cheesecake.

The menu is vast, offering many different selections of curries, vegetarian and meat dishes, I look forward to exploring more of what they have on offer here and you should as well.