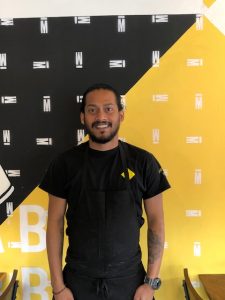 Tushar began his culinary career attending culinary school for a 3 year program in Mumbai, India in 2007. After 1 year in the program he was sent to do his 4 month internship to Busch Gardens amusement park in Williamsburg, Virginia where he cooked in one of the German style restaurants/bakeries. He had a choice of where he could go for his internship, he wanted to go to the USA. After he completed his studies in 2010, he returned to the USA for a 1 year internship at the Red Jacket Resort in New Hampshire. After this year, he returned to India where he learned about a 1 year hospitality program in Canada, he then applied and was accepted to this post graduate program in Hospitality and Tourism Management in Niagara Falls (food costing, menu development etc). After he completed his studies he decided to move to Vancouver, this was in 2013. In February 2013 he worked at Cactus Club English Bay before joining the Fish House as its Sous Chef, a position he held for 1-1/2 years before the restaurant closed. After this he got a stag at Bauhaus Restaurant with Chef Stefan and worked with him for 6 months. After this he went to Blue Water Café for 1 year as Chef de Partie 2015-2016. Tushar moved on to work at West Oak as Sous Chef, creating new dishes there for almost a year. He saw a video through Instagram of an internship that was being offered by notable Chef Gaggan in Thailand, he contacted him, applied and was accepted. He than travelled to Bangkok and worked at Chef Gaggan’s two Michelin star restaurant for 2 months with another month at Restaurant Gaa, his other restaurant which had one Michelin star. He returned to Vancouver in February 2018. Hearing from his friend Shreyash was planning to open a new Indian restaurant, he accepted his offer to become head chef which he did starting at Mumbai Local in downtown Vancouver in August 2018. 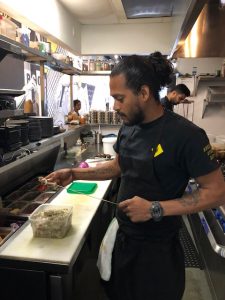 You went to Mumbai recently and tasted food made by your friends moms, Why?

I wanted to learn from home cooks not the restaurants, it is where the most unique Indian dishes are developed. I first learned about Koli cuisine (also known as Fisherman’s cuisine) where they eat rice roti; I also learned about Gujarati cuisine, the state of Gujarat, in western India which is primarily a vegetarian state due to the influence of Jain vegetarianism; they don’t use onion, garlic, ginger in their cooking, I learned from my girl friend’s grandmother. I then travelled to Rajasthan and learned Rajasthani cuisine from two families.

What type of Rajasthani dishes did you learn?

Laal Maas (famous goat dish) and Dal Bati Churma are the most famous dishes from the state. I also learned how to make stone ground chutneys and roti by cornmeal in a charcoal pan. 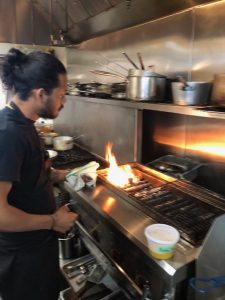 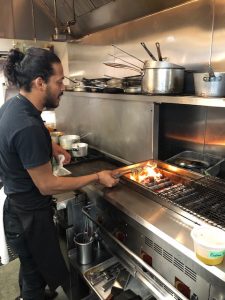 What are your favourite cuisines to eat? 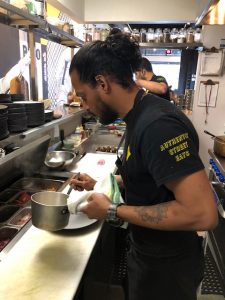 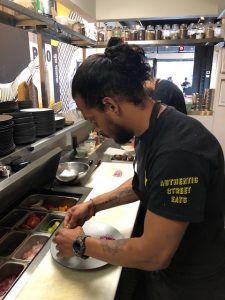 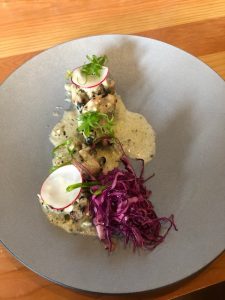 From a restaurant in Jaipur, MM Khan (near Hawa Taghal) 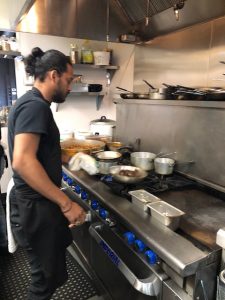 What is your favourite food to eat after work?

What are you favourite restaurants in Vancouver outside of where you work?

What do you like to do in your Off time? 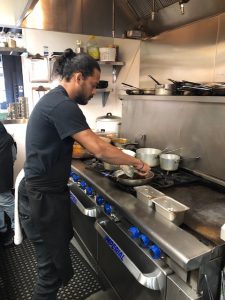 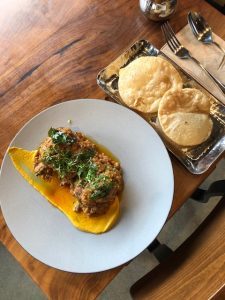 Malvani cuisine and my grandmother 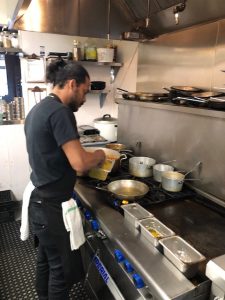 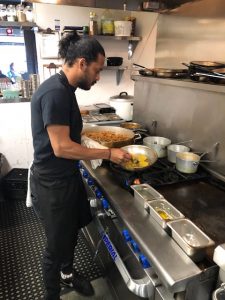 What Challenges you in Cooking in an Indian restaurant?

How to put a great looking dish up, usually curries which are known to be plated in a bowl. Now I am roasting and using other techniques for plating my dishes.

What is your favourite Food city around the world? 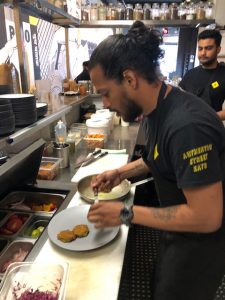 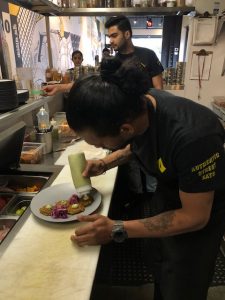 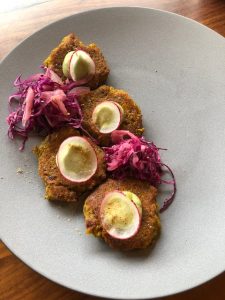 What is your second favourite Food city around the world?

Tell me about Tasting Menus and Why you Love them

It is more challenging to deliver a message to a tasting menu that it is for just regular dishes. Each region or state of India has a different cuisine and dishes and would be a tasting menu on its own.

Which dish off your Menu at Mumbai Local would pair well with Beer?