The 5th annual French gastronomy festival called Good France returns to Vancouver on March 21, this year there are 7 restaurants participating locally along with one in Kelowna, and each one is offering up a special menu for the night. 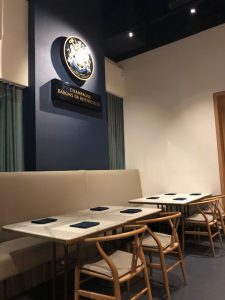 This international culinary event will give food lovers the chance to taste French cuisine by leading chefs in Vancouver and continue helps raise the city’s foodies reputation. 8 BC Chefs will be cooking up a French-style dinner with a focus on responsible cuisine. Each dish will include great concern for good food and the environment. The Provence region is in the spotlight this year.

Participating restaurants have been selected after designing their menu based on the following sequence: aperitif and canapés, starter, main course(s), cheese, dessert(s), French wines and champagnes. For restaurateurs, Good France is the chance to belong to an international label liaising casual and bistro Chefs to Michelin star Chefs, all in the name of the “cuisine à la française”.

Check out the menus for each of the restaurants here.

Based on Auguste Escoffier’s “Dîners d’Epicure”, Good France was launched on the initiative of the Ministry for Europe and Foreign Affairs in partnership with Chef Alain Ducasse to boost the visibility of French cuisine around the world.

This year’s edition is also taking a greener approach with a focus on the issues of environmental and resource preservation.

Where to get Challah in Metro Vancouver