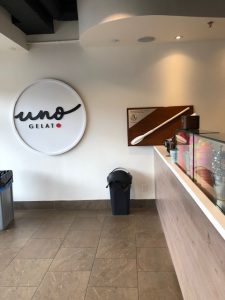 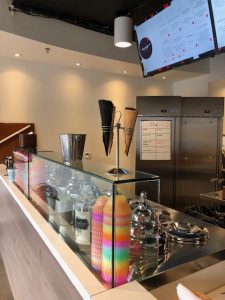 When Maestro James creates something or anything for that matter, you know it’s going to be good. He is the master when it comes to precision and knowing what he wants to achieve when creating the best gelato he can make. In its latest incarnation (he previously owned Bella Gelateria, and moved on) his newly opened Uno Gelato is a winner; creating deliciousness using less sugar, he doesn’t like white sugar but recognizes you need sweetness; he uses British Columbia birch syrup and other natural ingredients to make his gelato, sorbet to and the flavours. He also makes several vegan flavours using a mix of raw coconut and water. 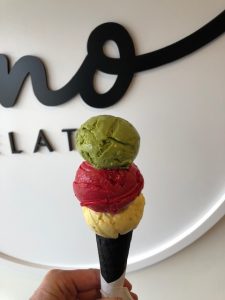 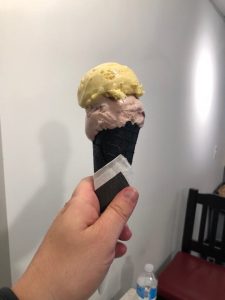 I have tried most of his flavours lineup, my favourites thus far have been the Vegan dark chocolate, white coffee, Italian cherry, Akbar mashti; he is also introduced a water bufalo gelato. You can enjoy on a cone or in a cup; or get pints to take home.  I loved the Triple Scoop cone with Akbar Mashti, Raspberry and Matcha on top; along with the Double Scoop charcoal cone with Italian Cherry and Akbar Mashti.

James has won numerous awards for his gelato both in canada and internationally. They are presently the first gelateria in North America to use the Italian-brand Cattabriga gelato pasteurizer machine which allows for a warmer and smoother gelato and James has made a point of using the best equipment to make the best gelato.

Head on over, sample some flavours and indulge with a scoop or three!